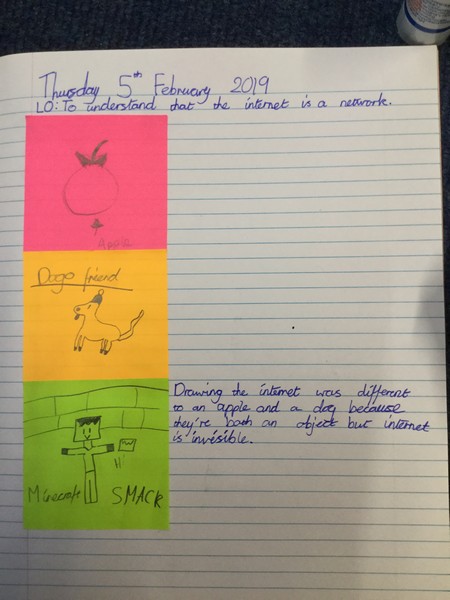 This afternoon, Year 4 were discussing the internet. Miss Edwards started the lesson off by asking the children to draw her three pictures; an apple, a dog and the internet. After the children had done this, we then had a discussion about which pictures were easier to draw and why this might have been. We came to the conclusion that the internet was the hardest picture to draw and this was because it isn’t an object like the other two are.

We then discussed what the internet actually is and linked how it works to how you would travel to a different city along roads and motorways. This is how information is sent between devices through wires and cables, there are smaller wires and there are larger wires that all interlink and get the information to where it needs to be.

2 thoughts on “Discussing the internet & network”