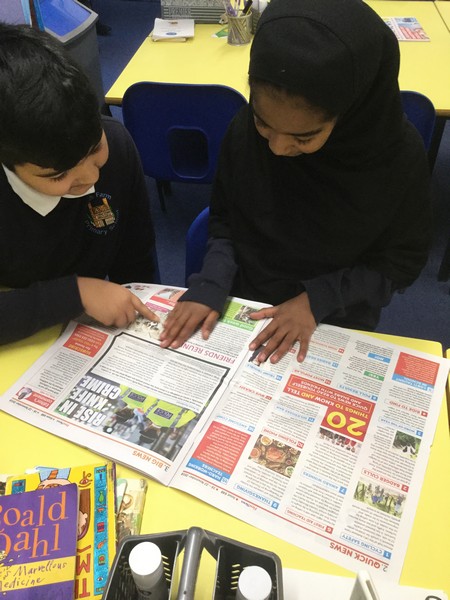 Year 4 started their day with reading newspapers. It made a lovely change and a great way to share UK and world news with the class.

We found out some great pieces of news:

Amber – A holographic elephant has been roaming the streets of London.
Nally – A French museum made 82 fake paintings.
Sophia – Twins ran 100km to raise money for hospitals.
Mohammed – Stephen Hawkins was the most famous scientist who wrote a book as well as many other theories.
Phoebe – A hidden lake on Mars was discovered.
Elliott – A whale died after eating plastic bags, it vomitted 5 plastic bags before dying.
Poppy – At the royal wedding there were 6 bridesmaids and 4 pageboys.
Ruby D – Shocking news…. several “vanilla” ice creams had NO traces of actual vanilla!!!!!!!

Year 4 loved reading the newspapers and finding so many interesting facts. We are looking forward to delving into them again.