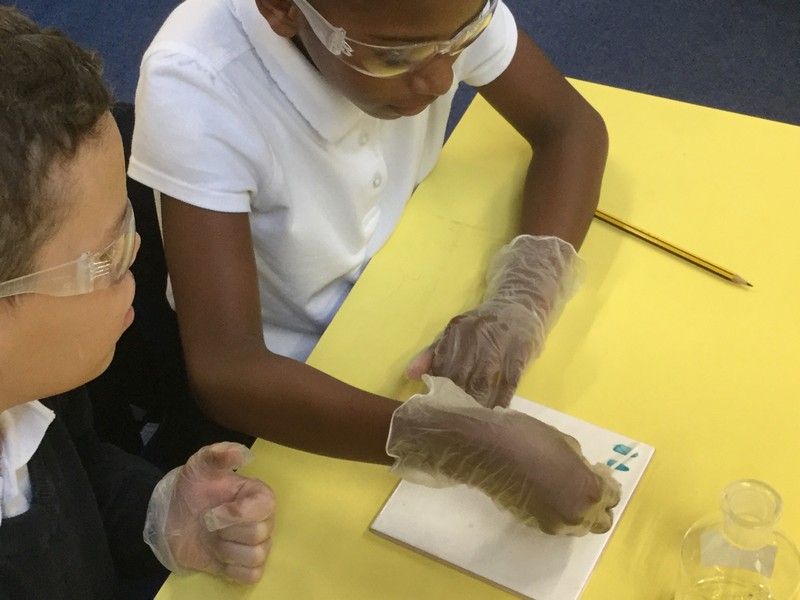 This afternoon Robins put on their safety goggles and gloves to complete an investigation.
They were investigating which solvents were the most effective at removing nail varnish.
They had the following solvents:

Before the investigation, they predicted which one they thought would be th most effective. Which one would you have chosen?

Each pair were given a tile and the painted 5 lines of nail varnish on them.
Then with a cotton bud dipped into one of the solvents, they tried to remove the varnish.
They then recorded their results. Have a look at what they found. 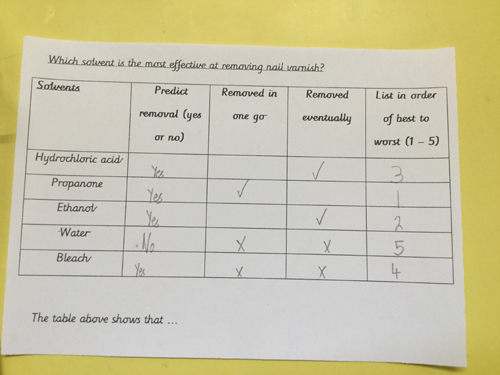 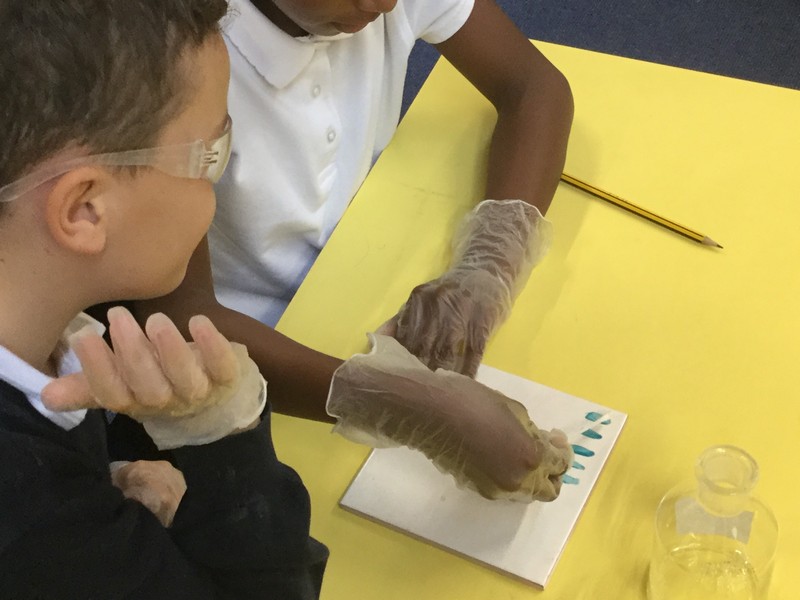