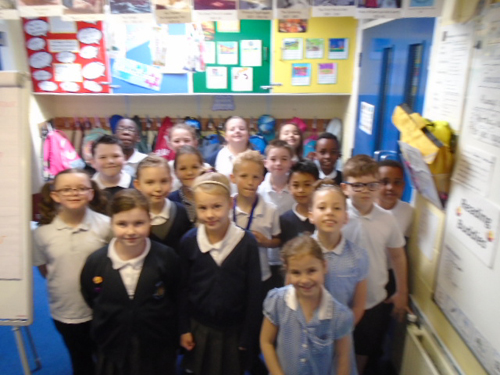 These super Robins all completed their number clubs this week. 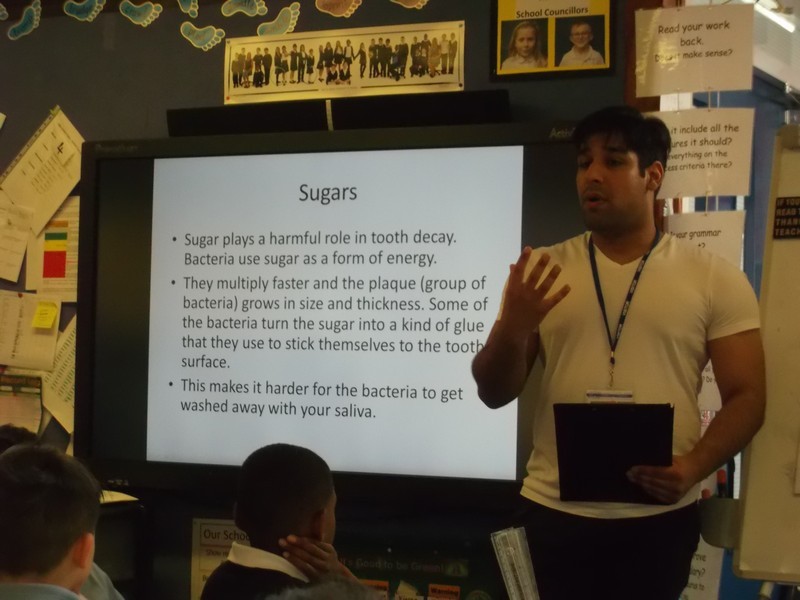 This afternoon Robins were visited by Dr Jugraj Hothi from Bells Lane Dental Practice. He explained and presented lots of information to the children which included:

Afterwards, he answered a range of questions from the inquisitive Robins! Here are some of them…. 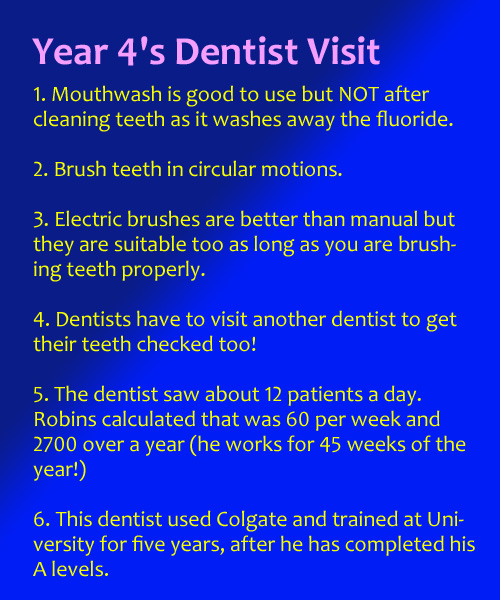 The children all received a free goody bag too! 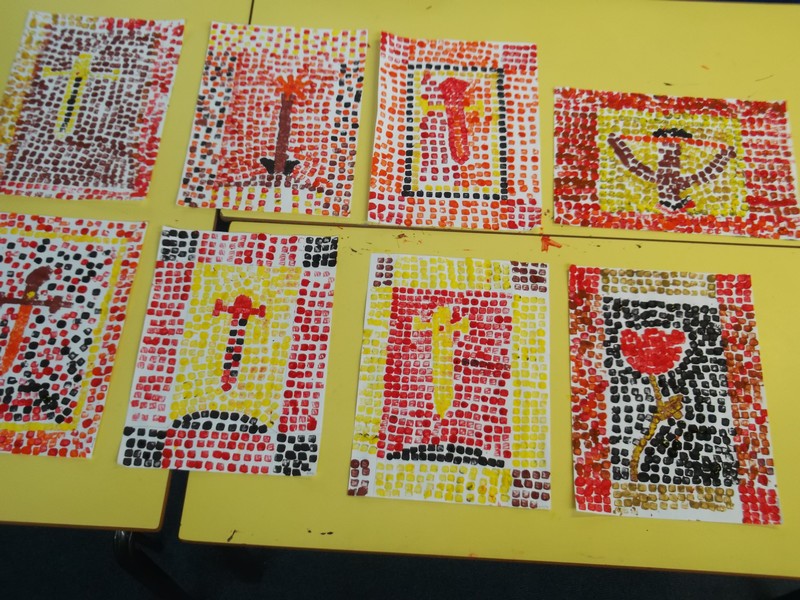 The children realised their had used their concentration, perseverance and creativity learning behaviours!

Robins have been looking at examples of perseverance.

Mrs Parry showed the children footage from the 1992 Olympics in Barcelona when Derek Redmond tore his ham string. He persevered as he was so determined to finish the race. He had been the favourite to finish. His Dad walked part of the way to support him as he was in tremendous pain.

Mrs Sargant showed the children coverage of this year’s London Marathon. The fastest man and woman completed it in just over two hours. Patrick Bardon took five days to finish the 26 mile marathon. He has cerebral palsy and wanted to raise money for the charity.

The symptoms of cerebral palsy aren’t usually obvious just after a baby is born. They normally become noticeable during the first two or three years of a child’s life.

Symptoms can include:
•delays in reaching development milestones – for example, not sitting by eight months or not walking by 18 months
•seeming too stiff or too floppy
•weak arms or legs
•fidgety, jerky or clumsy movements
•random, uncontrolled movements
•walking on tip-toes
•a range of other problems – such as swallowing difficulties, speaking problems, vision problems and learning disabilities

The severity of symptoms can vary significantly. Some people only have minor problems, while others may be severely disabled.

Robins discussed what can influence behaviour. Mrs Parry displayed pictures of the Queen, Mrs Butterworth, a policeman, Simon Cowell and some Year 4 children.

They considered how the opinions of others are major influences on their behaviour.

Mrs Parry provided the children with some scenarios e.g. eating a meal, riding on a bus, playing in the playground at lunch time. In groups, the children thought about how they would act during each activity in front of a different audience. 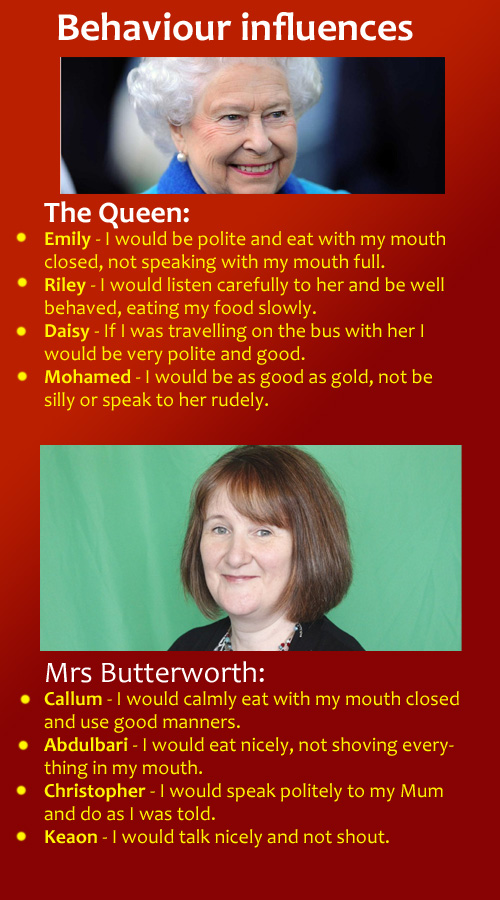 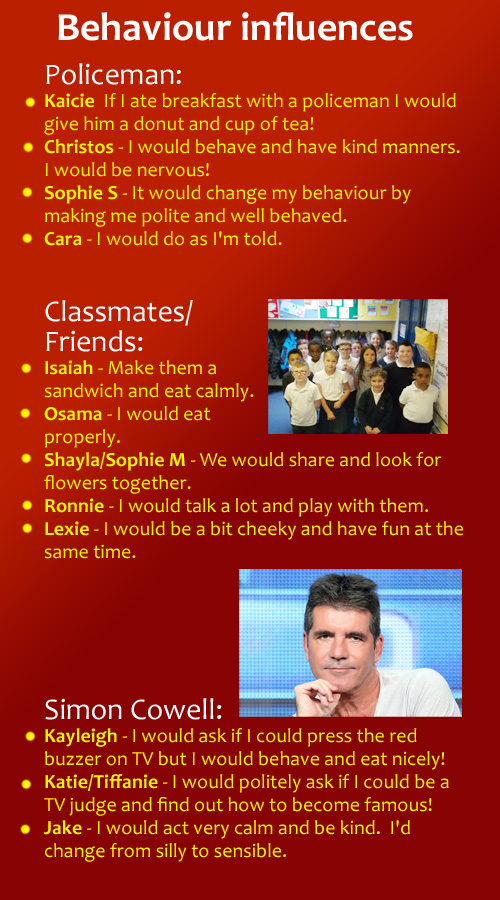 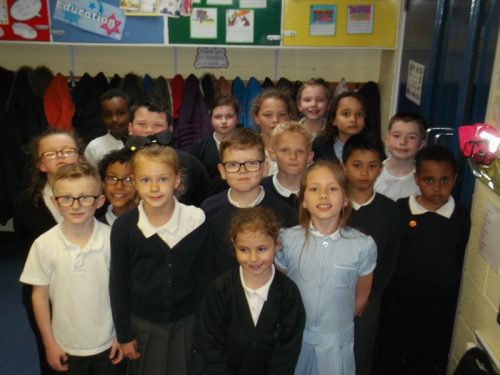 As soon as the song began, lots of children couldn’t resist moving to the beat!

They listened to and appraised “The Fresh Prince of Bel Air” and discussed the instruments they could hear within the composition (bass guitar, drums, keyboard and tambourine).

About half the class really liked the song, recognising it from the television programme entitled the same and all joined in, trying to rap along in time with the words.

Robins have completed a unit of work about persuasive writing. They wrote adverts for super spy gadgets and have written an advert persuading people to join Bells Farm.

Here are a few examples! 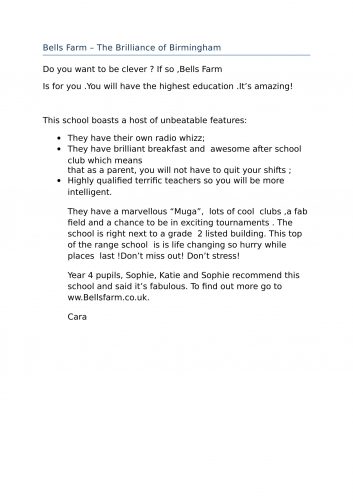 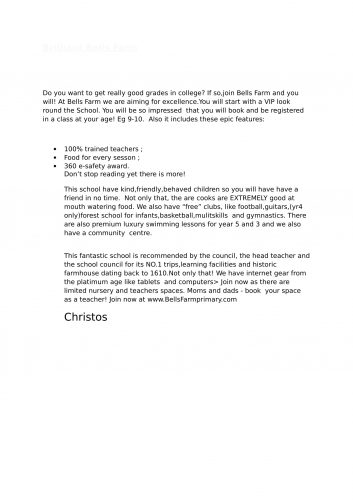 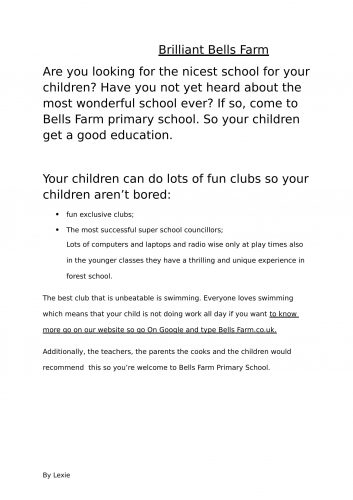 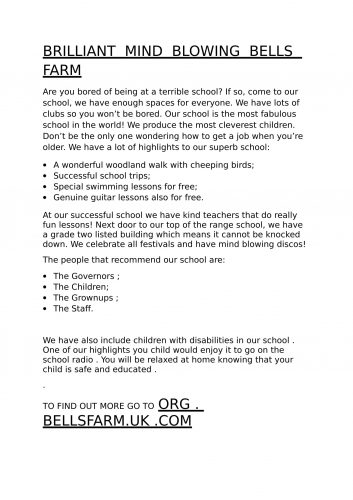 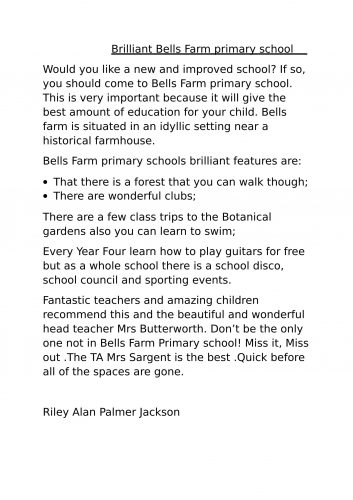 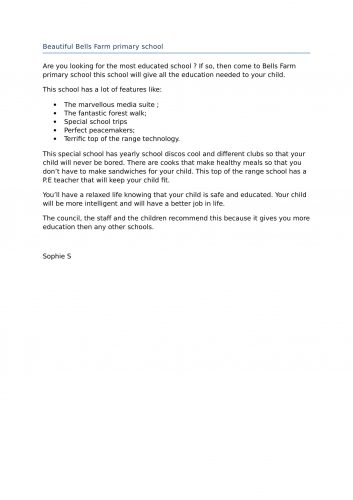 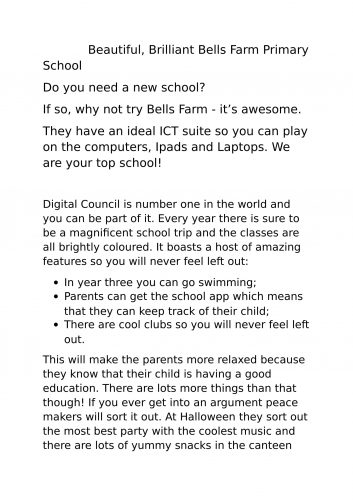 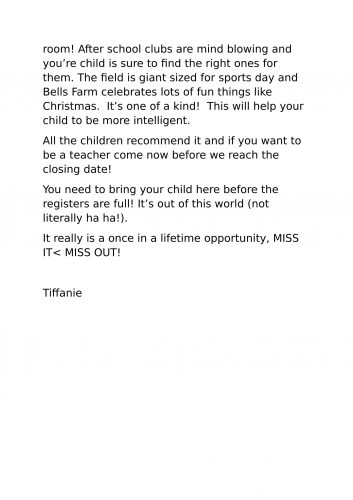 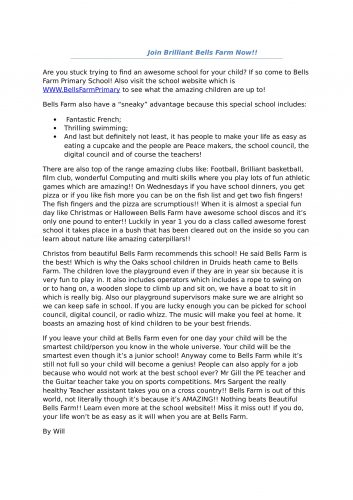 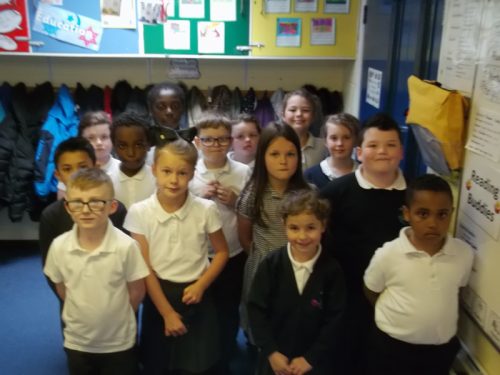 These fantastic Robins all completed their number clubs this week.

Robins looked at examples of Roman mosaics and experimented making borders using the medium of printing.

Here are our designs for far! 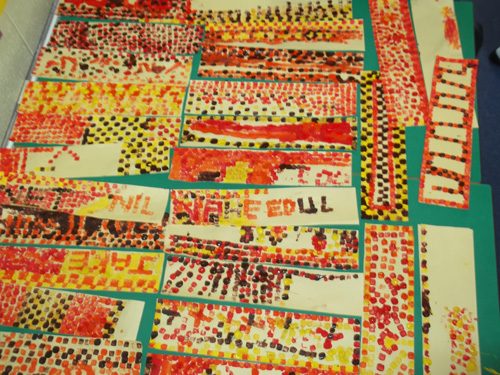