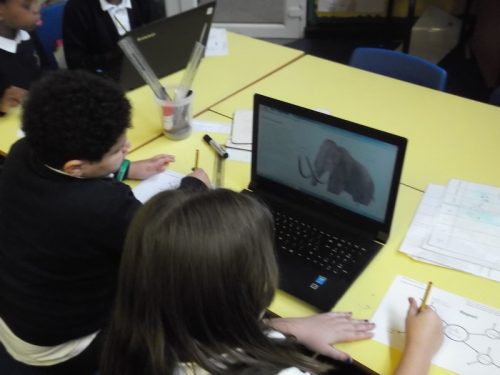 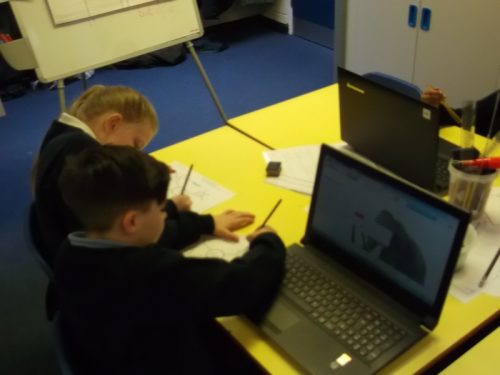 This week Robins are keen to apply their knowledge of non-chronological report writing skills to the test, so have been busy researching and gathering information about woolly mammoths. 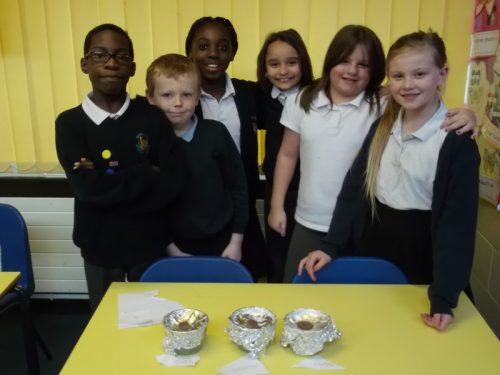 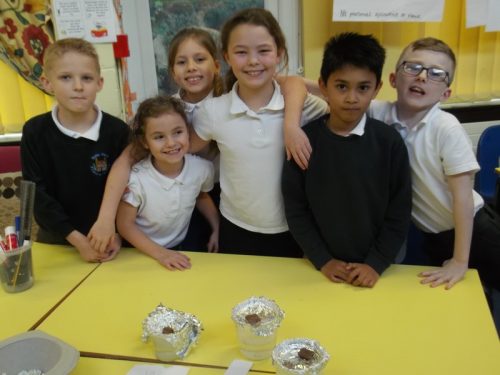 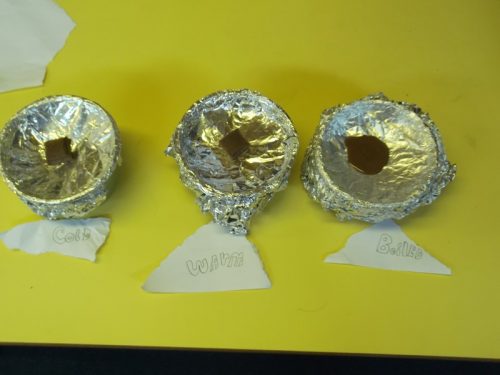 Budding scientists in Robins class have enjoyed conducting experiments over the last few weeks to investigate states of matter. They have learnt matter can be liquid, solid or gas and that these can be changed by melting, freezing and boiling.

First, Robins had to find out whether gas weighed anything. Four different full fizzy drink bottles were weighed and then shook for a whole two minutes. Then the bottles were weighed again to discover whether they were lighter. Before the experiment, Robins made their predictions and discussed how to make a fair test. Robins found out about Joseph Priestley, who invented the idea of adding carbon dioxide to drinks to make them fizzy.

The next week, Robins were very excited to carry out an experiment involving chocolate! The classroom smelt like Willy Wonka’s factory! The children were set the challenge of finding out which temperature melted chocolate the quickest. It was very exciting to watch the chocolate melt right before our eyes! We found out the hotter the water, the faster the chocolate melted!

This week, Robins had a carousel of activities and experiments to discover many aspects about water. Children watched how the state of water changed as it boiled and what happened to the steam when collected. They also made observations of what processes occurred when ice cubes were placed in a cling film covered bowl of warm water. They also watched and compared what happened to two glasses of ice when one glass had a teaspoon of salt added to it.

The children answered questions, made observational diagrams and engaged in an interactive computing game about states of matter.

During today’s RE lesson, Robins learnt more information about what happens at the Sikh Amrit ceremony.

During the ceremony, hymns are recited from the Sikh scripture, prayers are said, and the principles of Sikhism are reminded.

Here’s a short video of the Amrit ceremony.