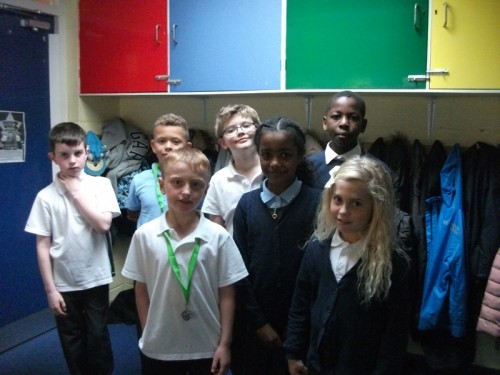 This weeks Year 4 Robins that have moved up on their Number Clubs are; 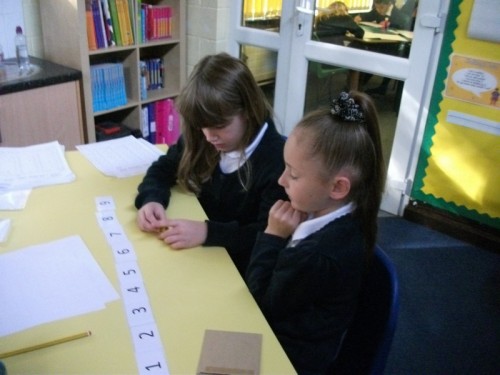 Year 4 Robins in their Maths lesson were playing a game to enable them to speed up their number bonds. 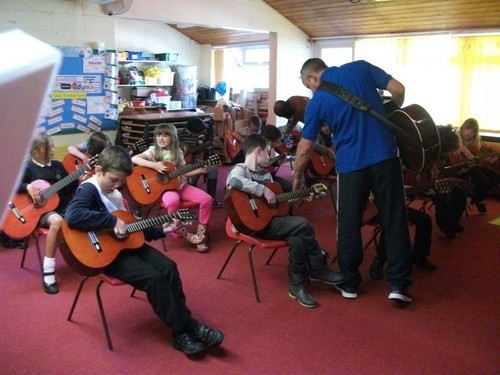 Over the last three weeks the Robins have been learning to play the E and B string blues, today they were practicing with an accompaniment which sounded great. 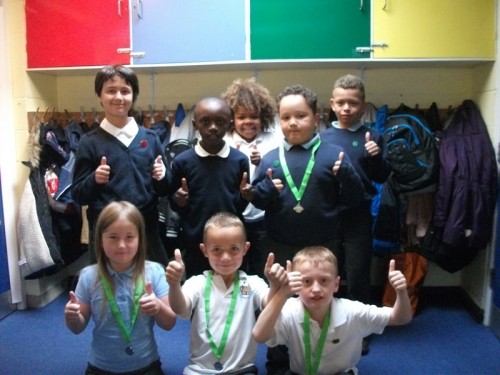 Miss McClelland, Mrs Sargant and the Robins are so proud of the children who played in the Year 4 tournament at Baverstock last night not only coming second but also receiving the award for good teamwork. Well done to you all.

We watched a short film from Sesame Street where two pink monsters were arguing and shouting, we discussed what conflict means; arguing and disagreeing.

The class agreed that conflict is not good because it makes you feel annoyed and angry.

Then we watched a Dr Seuss film The Zax about two Zaxs one going north and one going south they argued about getting in each other’s way. Neither would back down.

We also watched a clip from the film Inside Out about emotions – anger being out of control and how emotions can change quiet quickly.

We played a game called co-operative five, where we had to count to five trying not to get the 2 people out who were standing by the pen pots by counting around the circle if you say five you have to sit down but trying not to let the two specific people say 5 as not to get them out.

There was a written task where the children got themselves into pairs and wrote about when they have had conflicts.

The children that got to sit on the magic carpet this week were: 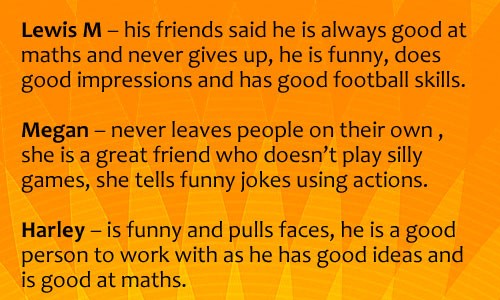 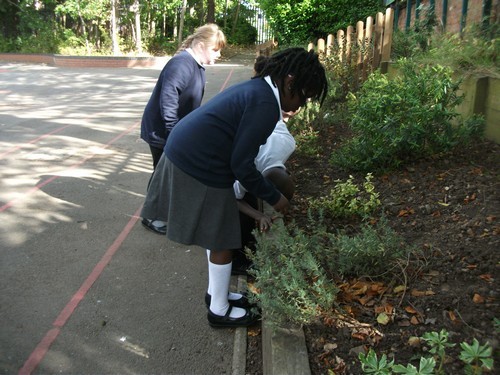 Today, Year 4 found lots of different habitats around school. We began outside our classroom where we found animals under leaves, under stones and on the railings. Then we went into the Woodland Walk where we found more habitats. 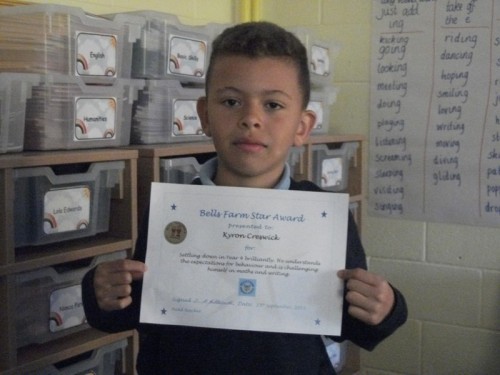 Congratulations to Kyron in Robins class during the first Star Assembly of the year. Miss McClelland said “Kyron has settled into Year 4 brilliantly. He understands the expectations for behaviour and is challenging himself in maths and writing.” 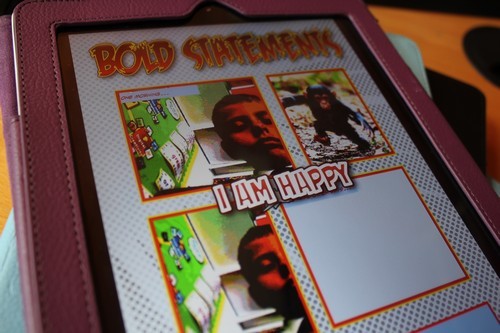 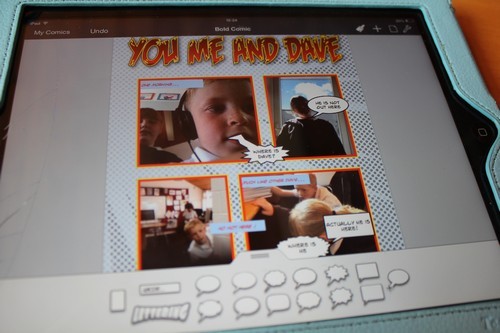 Year 4 have been busy creating their own comic strips using Comic Life as part of Computing with Mr Baddhan.

The children were asked to choose a topic they want to base their comics on. They explored how to use the iPad app, importing photos and adding speech bubbles. They were also shown how to insert photos from the internet.

We will have some finished comic strips on our blog next week.

During circle time today, Robins class were discussing the value word for this month responsibility and what they are responsible for. 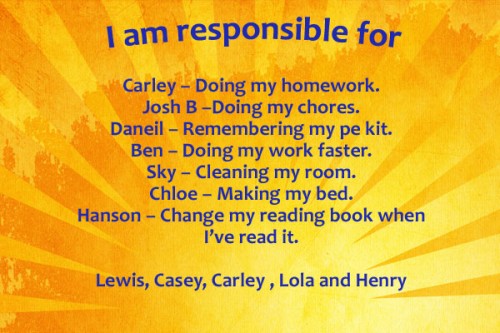 Year 4 have begun to read their new book for this term ‘I was a rat!’ By Philip Pullman