For literacy this week we have been looking at play scripts. We watched part of the West End play ‘Matilda the Musical’ that appeared on The Royal Variety Performance. The part of the play focussed on Matilda, Bruce and the rest of the cast singing about what they want to do when they grow up. It ends with a solo from Matilda singing a song called ‘Naughty’. At the end of the lesson, we learned the song and joined Matilda in singing it.

The next lesson, we thought about the job of a director of a play and a play write and came up with the success criteria for a play script. We decided they need instructions for:

What to say and how to say it.
Body language
Facial expressions
Actions
Setting
Props

We identified these features in the script for Matilda.

On Wednesday, we worked together to write part of a play script for Matilda if it was not a musical. We included lots of detail in our stage directions and began to think about what the characters would say.

Here is what we came up with together:

On Thursday, the children used the netbooks to access this shared writing and edit and improve it. 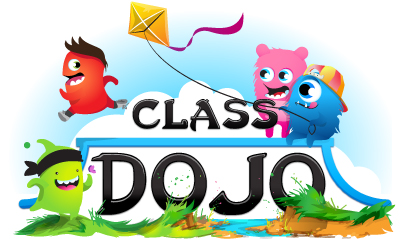 This week, Miss Sloman has introduced the Robins to Class Dojo. This is a brilliant system that logs all the times the Robins make the right choice. Each day the Robins can earn Dojo points for doing the right things throughout the day. Additionally, the Robins can loose points.

On Tuesday, our class Dojo star was Leah Mc with 6 positive points. Yesterday, Ramla was our star with 11 points over 2 days. During RE this week, the Robins will be working on coming up with what the rewards should be for a certain amount of Dojo points. 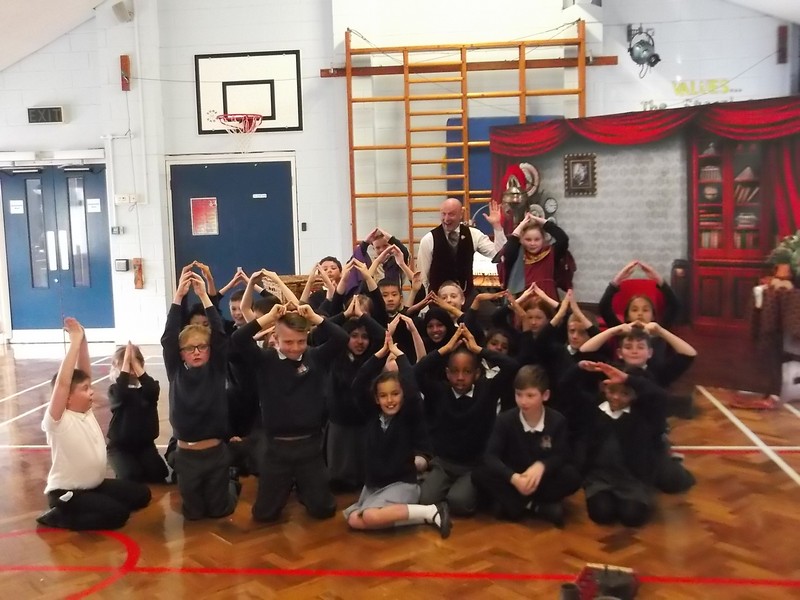 We were so lucky to have an amazing visit from Professor McGinty to kick start our new topic. The Mad Professor was absolutely brilliant and taught us lots of amazing facts about the Romans. He was also dazzled by how much the Robins knew about the romans already.

He took us back in time to the land of the pointy doo-doo sheds. This is his name for Celtic huts, as they were stuck together using animal poo! The Celts lived in Britain before the Romans invaded. We learned about all of the things that the Romans brought to Britain.

First of all, we saw a letter that had Roman Numerals as an address.

Bonus points to anyone reading the blog that can tell us what the date on the envelope is.

We also learned about the sponge on a stick that was shared in the public toilets, what they wore, what their money looked like and what they drank from.

We had an amazing session and it got us all really excited about our new topic.

This term our new topic is ‘The Roman Legacy’ during which we will learn about what the Romans did for Britain. During our topic lesson today we discussed what we already know about the Romans before being treated to a snippet of ‘Horrible Histories: Rotten Romans’.

We are really excited about our visit from Professor McGinty tomorrow and can’t wait to dazzle him with the knowledge we already have as well as learn lots more from him.