As part of our PSHE lesson we carried out a role play called Conscience Corridor. We chose a name from the lolly-stick pot and Dylan was given the role of the Circus Owner.

You know your audience love watching animals perform more than anything else… but is this fair for the animals.

Before Dylan had walked along the corridor of Robins, he said

‘Yes I think it is fair because they get fed twice a day and we look after them’.

Along the corridor Dylan heard lots of opinions from different people in the class:

Kaydon: Animals are a part of nature so it’s not fair.

Ramla: It is not fair.

Reece: It’s not fair because there is not enough room for them.

Isabel: It isn’t fair because they are forced to do things like jumping through hoops.

Jimmy: They might miss their family and there is not enough fresh air.

However, Charlie disagreed and said that animals are trained so they don’t get scared. Mya, recognised that all animals are different. Some would be scared but others might like it.

Once Dylan had made it to the end of the corridor, after a wonderful debate about animal rights, he decided that:

“I think its only fair for some of the animals but not all.” 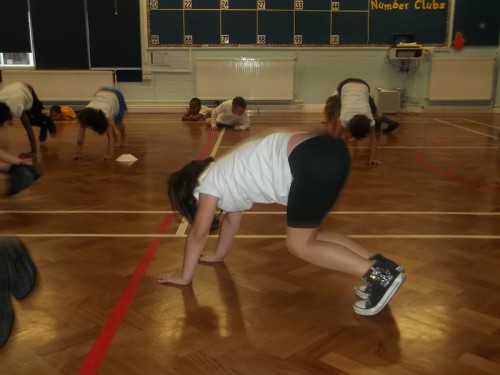 Every Wednesday in our PE lessons we have been working on the different skills we need for ball games. We have learned the importance of an accurate aim for when you throw to someone in your team in basketball and cricket.

We have practised chest, bounce and over-head passes for basketball and put them to good use in some excellent games. We have recently been working on throwing and catching tennis balls in preparation for playing cricket.

Each lesson, Mr Gill awards stickers for children that show the values of a good sportsman. He has been particularly impressed with the respect, perseverance and team-work that some of the Robins have been showing.

Keep up the good work everyone!

This week our literacy focus has been explanation texts. The Robins created great plans and practised their explanations in a speaking and listening lesson. Today, once everyone had written their title and opening paragraph we had chance to video some. Here are Mya and Ellie’s explanation texts.

In preparation for our visitor tomorrow, we have been thinking about what a member of parliament does. We had a great discussion as a class and came up with some great questions: 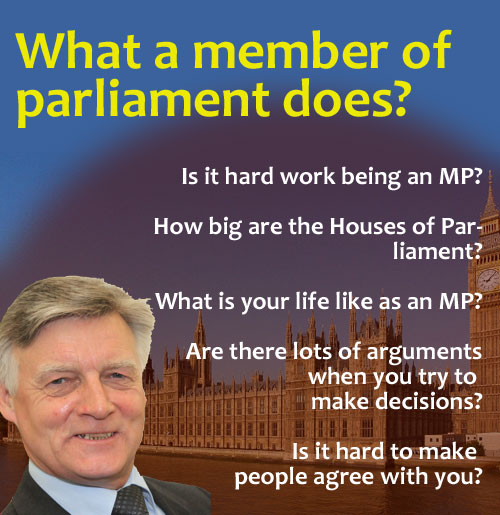 The Robins have also been asked to come up with at least 5 questions to ask Mr McCabe tomorrow.

Miss Sloman cannot wait to hear some of your imaginative and thoughtful questions. 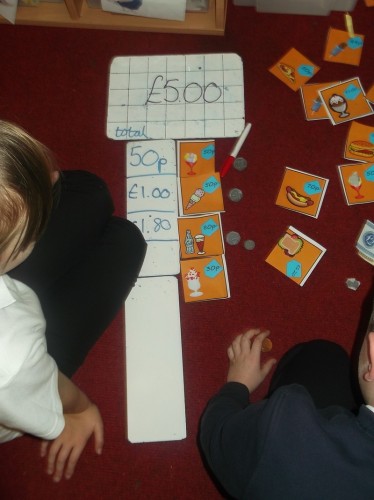 Today we finalised our shopping lists for our British Banquet. We had to make decisions about what we will spend our budget on. Then we had to consider what quantity of each item we would need for the whole class.

Check our blog on Friday when we will post our final lists, ideas and evaluations of our TASC wheels. 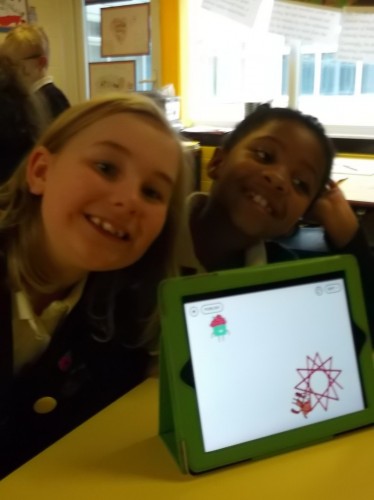 Everyone in the Robin class really enjoyed our Computing lesson today. We investigated the tools on an iPad app called Hopscotch which allows us to create our own games. We learned about algorithms and how to make the characters move, spin, breakdance, shrink and much more. After just one session on Hopscotch everyone showed great promise in this area and created the beginnings of some excellent games.

Miss Sloman is looking forward to learning how computers work with the Robins as they discovered more and more each time we investigate together. 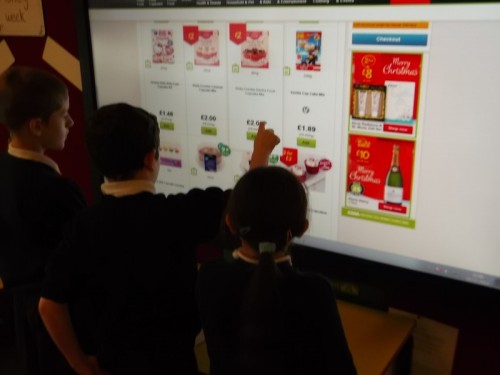 As part of money week we decided to look online to find out how much it will cost for all of the items on our list for our British Banquet. All week we will be working on our ability to work as a team and so far the Robins have shown a great improvement. We had to make decisions as a group as to whether we would choose the cheapest or most expensive type of each item. One group had an excellent discussion about whether it was worth the extra 35p to buy crust-less bread for our sandwiches.

Tomorrow we will be finalising our shopping lists for Miss Sloman to refer in December for the British Banquet. 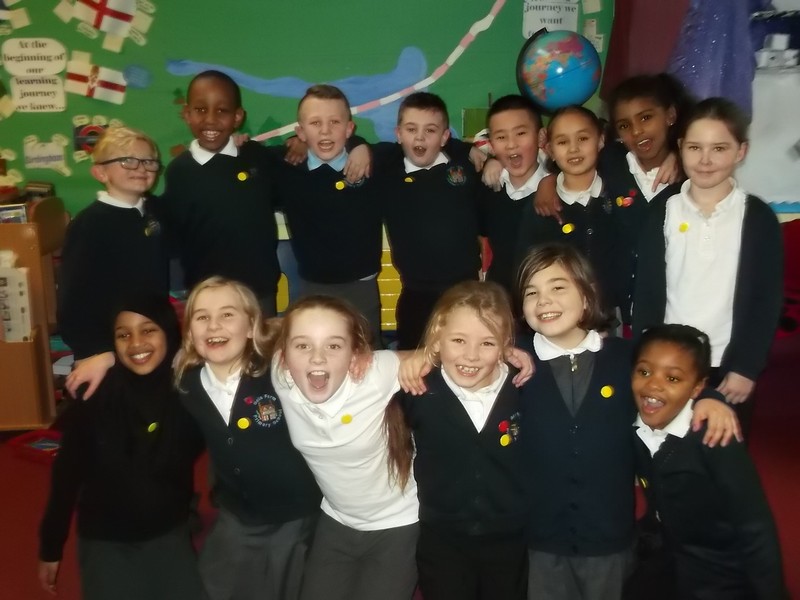 Miss Sloman is very proud that over half of the class have never been on the record log and have earned their yellow behaviour badge. She hopes they wear them with pride everyday. Well done to the others in class that will be joining this group tomorrow. Keep up the good work! 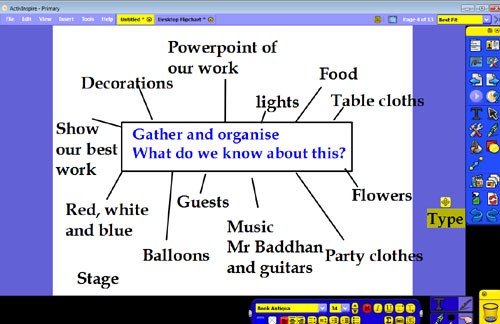 We have really enjoyed kick-starting money week with a whole morning of maths in Year 4!

Our mission for money week is to plan our end of topic celebration of everything we have learned about Great Britain. In December we will be having a ‘Great British Banquet’. It will be completely organised by the Robins themselves. We have discussed everything that we might need for the party. After Mrs Butterworths assembly we discussed the difference between what we might want and actually need at the party.

The word of the week is ‘budget’! We will be planning how to complete our mission as well as how to stay under budget.

Watch this space to see how the week evolves as the Robins come up with more and more wonderful ideas.

Today we were inspired by the excellent assembly from Claire from ‘Free the Children’. 10 lucky children were chosen to attend a workshop with Mrs Knipe and Clair today to come up with ways in which we can others locally and globally.

The children that stayed in class were so inspired by the assembly that we had an impromptu circle time. We discussed some things that go on in the world that we think are preventable. We had a very mature conversation about homelessness and what we could do to help.

Here is what some of the 10 children who attended the workshop said: 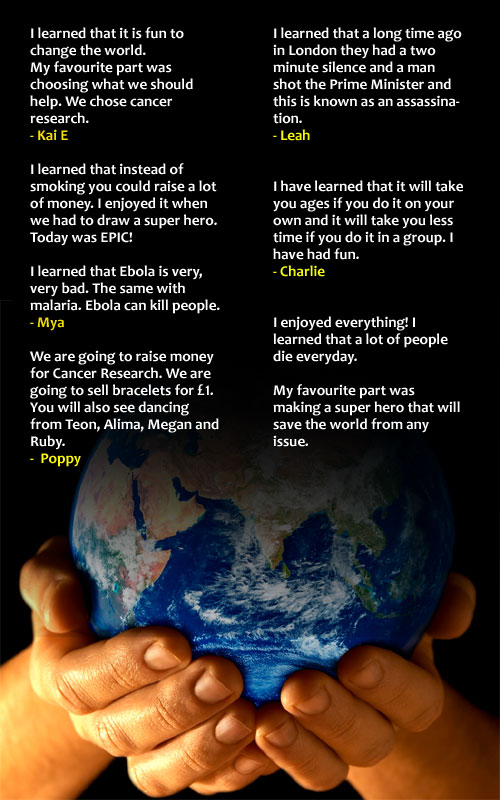 We are really looking forward to putting some of these ideas into action!