Robins are really enjoying their guitar lessons. Every session they have been showing excellent behaviours for learning including curiosity, perseverance and concentration.

Even though they have only had three sessions the Robins are now able to play the E and B string blues with an accompaniment which sounded great.

Below is a video with some clips of our excellent learning!

Did you know Ancient Greek art was an important part of the lives of the people.
Vase painting was important, and the pots would normally feature paintings of people or figures.
Vases were part of a way that the Ancient Greeks made money and artists would sell and trade vases to make a living.

By looking closely at Vases, Robins have been able to infer information from artefacts about what life was like in Ancient Greece.

For those of you who were not able to join us in this lesson, below is a summary of what we have discussed. 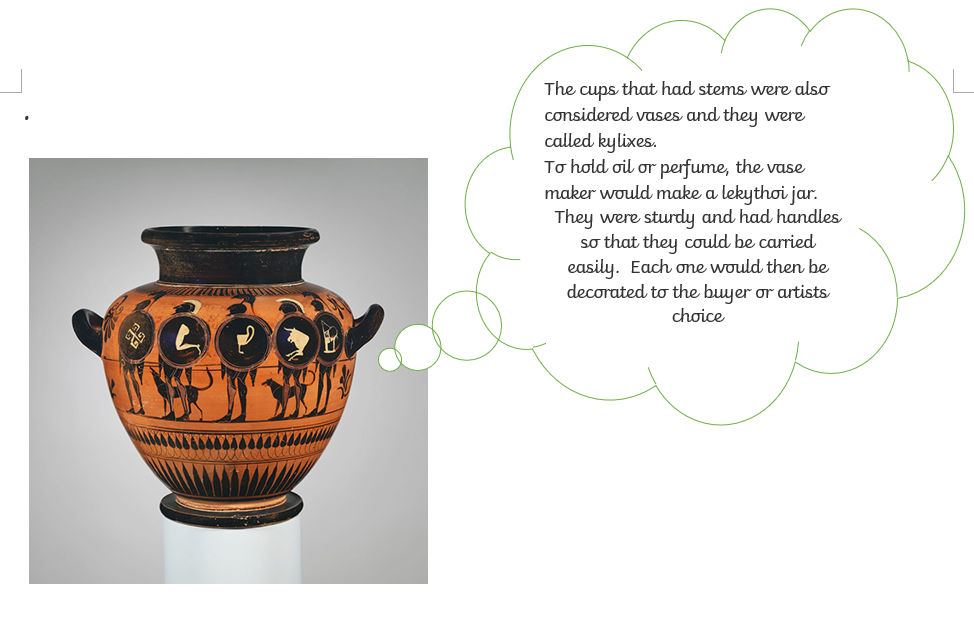 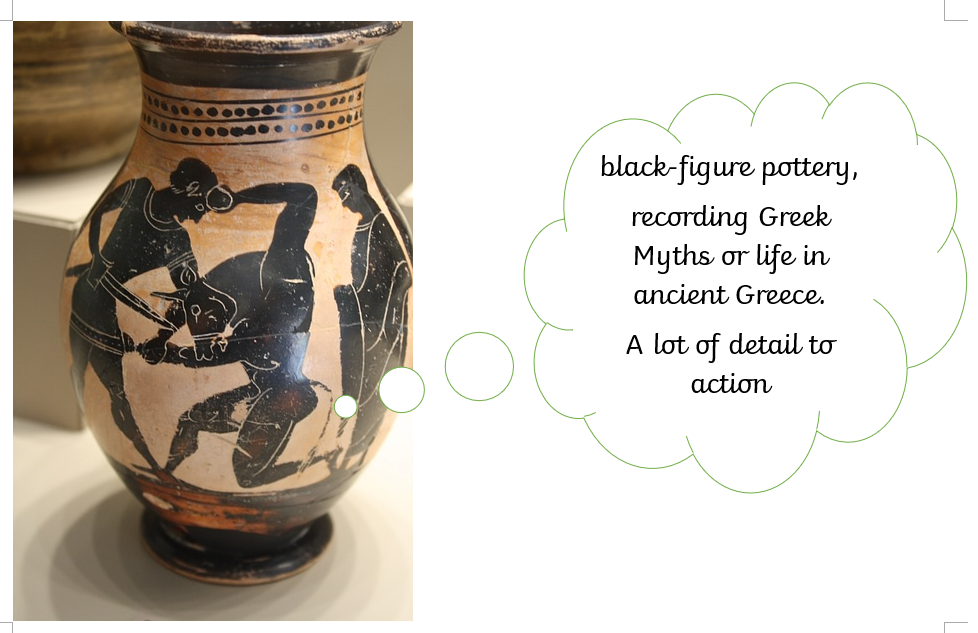 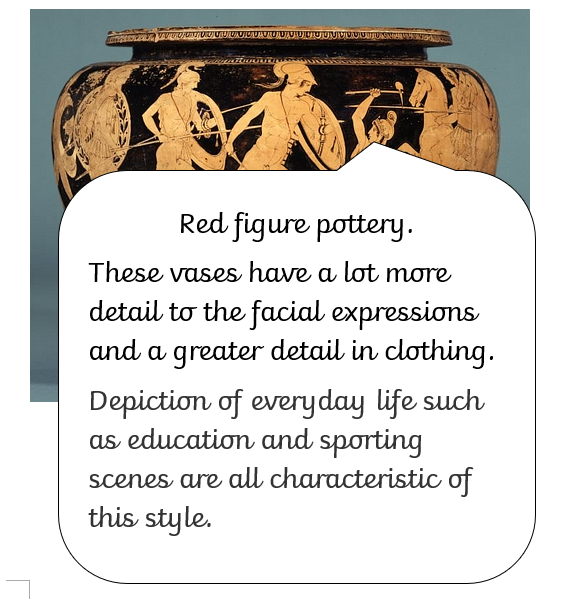 Have you had a chance to look at any more images of Greek Pottery? Let us know by leaving a comment! 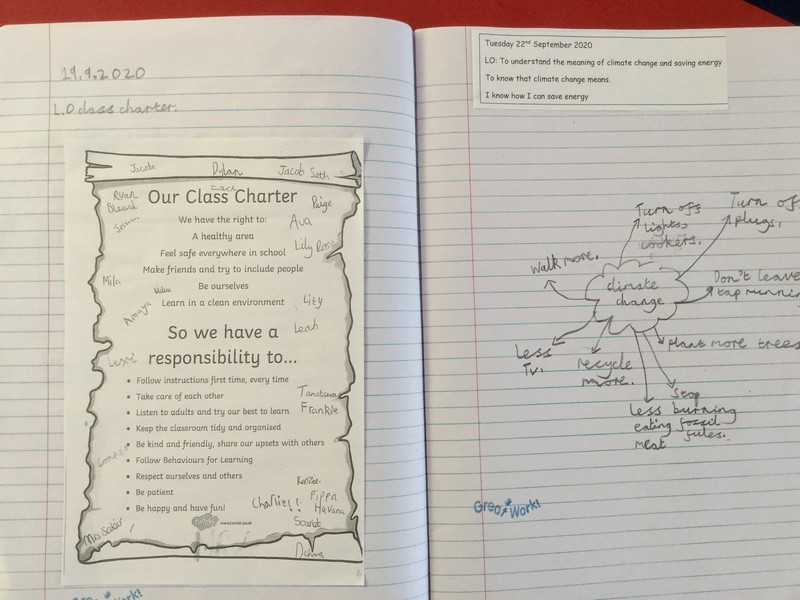 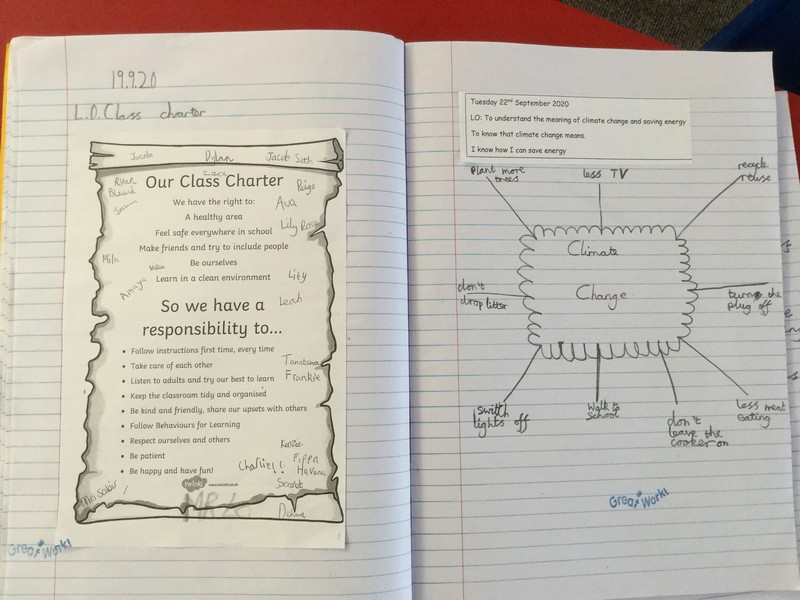 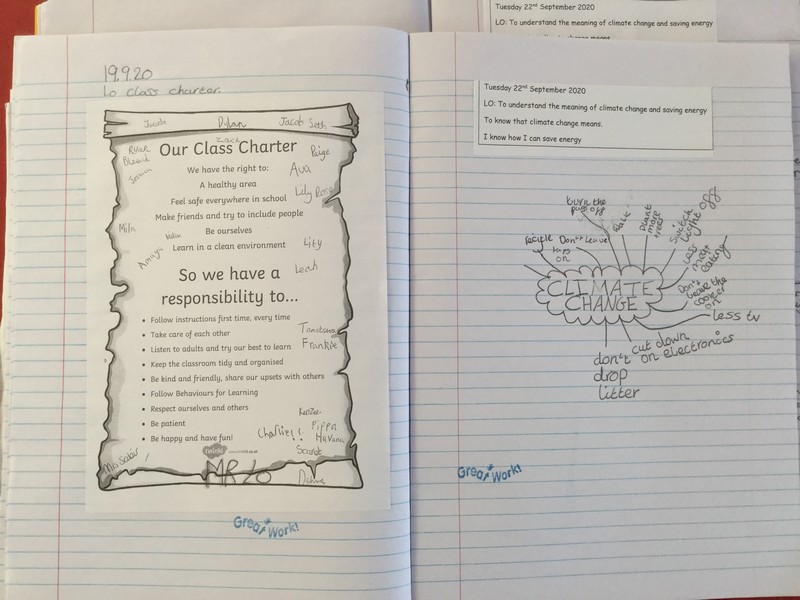 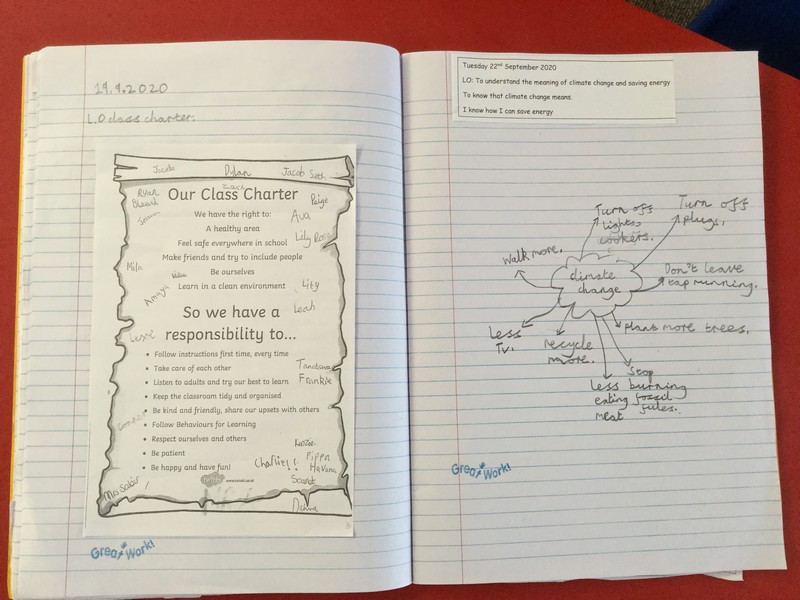 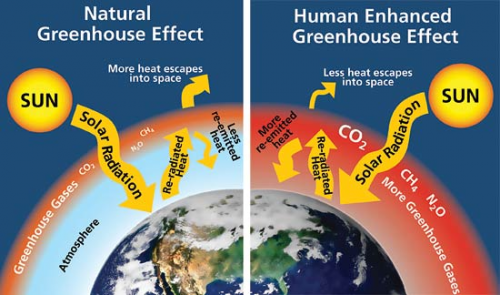 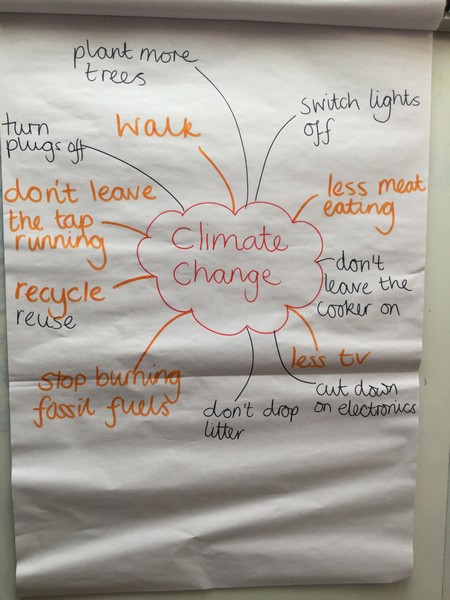 Robins recently have been working very hard on their maths looking at number lines and how we can use them.
Below is a video that recaps the learning.

Here are some challenges for you to try at home 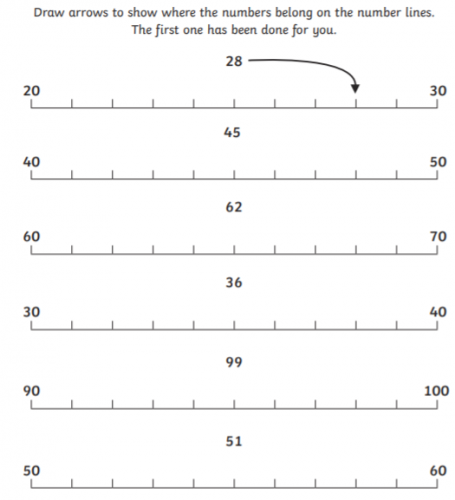 We have also used Mathletics to deepen our understanding of place value. 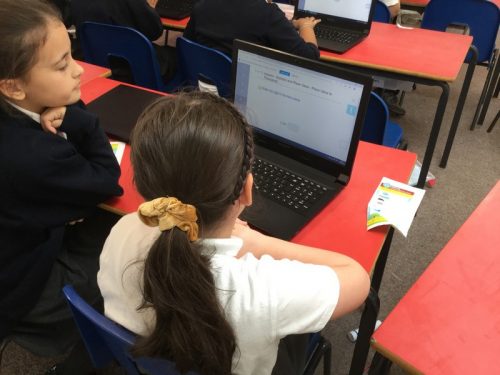 Robins have a target to use Mathletics at home for ten to fifteen minutes each week.
Don’t forget you can access Mathletics at http://www.mathletics.co.uk and if you have lost or forgotten your login just let Mr Lo or Mr Baddhan know!

This week Robins have been conducting data analysis to identify features of the climate and geography of Greece and contrasting it with the UK. In addition, they have carried out research about Greece using secondary sources of written information.

Our class behaviours for learning include, creativity, working with others and taking pride in our work. Robins showed that today by producing a whole class project video on Greece. With only 45 minutes preparation time, Robins got themselves into teams, organised who would present, who would design the posters and who would film.

Without any rehearsals here is the result of our hard work. Well done Robins!

Furthermore, in our discussions we have discussed the position of Greece and considered why its position was significant. Its proximity to Europe, Middle East and North Africa made trade easier.

Extensions: Read aloud the following information about Greece at home! (It counts as one of your reading at home!)

Greece takes the title of the southernmost European country and the European nation with the longest coastline. It shares borders with the Aegean Sea, Ionian Sea and Mediterranean Sea. Greece contains a mainland, several outlying islands and a peninsula. The mainland contains tall, rugged mountains including the world-famous Mount Olympus.

Mount Olympus distinguishes itself as the highest mountain in Greece, reaching a height slightly less than 10,000 feet. This mountain appears in Greek mythology, reportedly once serving as home to Greek gods. Mount Olympus also contains Greece’s first national park, providing home to some endangered species of plants and wildlife.

If you find anything else about Greece, leave us a comment!

Well done for all the Robins, showing lots of good behaviours for learning. 😊

Robins have an exciting half term learning all about the Ancient Greeks.

Today we started the topic by first discussing where Greece is today.

Robins had great fun directing Mr Lo (the alien that had just arrived in the UK) on how to fly to Greece using 8-point compass directions! (Paige also shared a quick way to remember the compass points with the class. “Never Eat Shredded Wheat!” 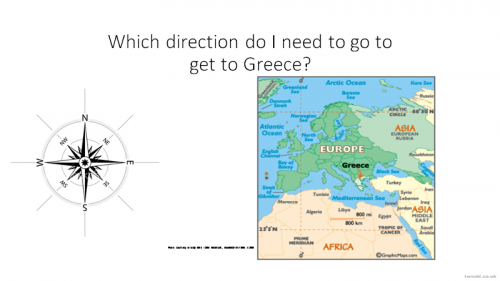 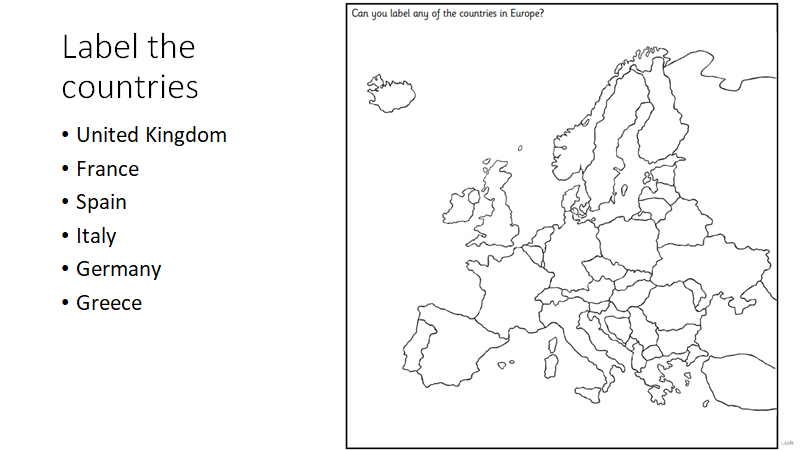 Mr Lo also set another challenge for pupils to locate several countries on a map. Robins actively engaged in locating these countries using atlasses. Well done to Dehwa who suggested the use a globe!
For those of you who didn’t make it into school today… here is a completed one for you! 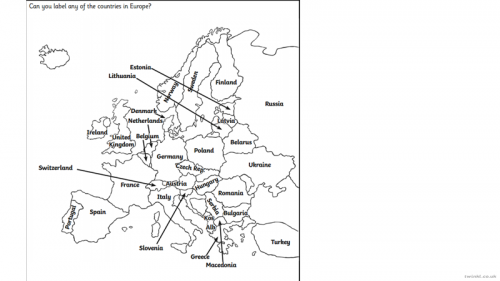 After that, we looked at the maps in detailed and noticed there were dotted lines. We discussed how they can be used to pinpoint locations on a map. 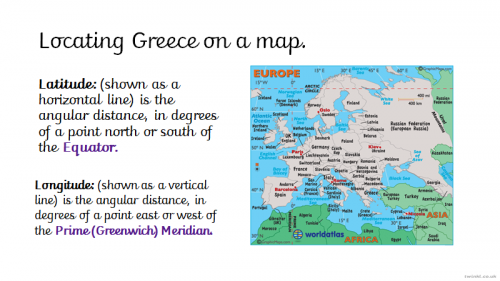 Finally, we discussed the purpose of a Topographical map and how it can be used to analyze the physical features of a country. Well done to the Robins that noticed Greece is mostly covered in mountainous areas and contains many islands. 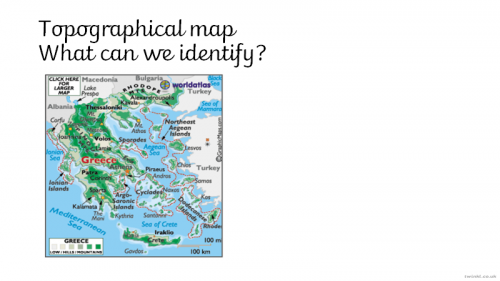 Our class reader for the next couple of weeks is The Tin Forest by Helen Ward and Wayne Anderson. In this wonderfully illustrated picture book, an old man lives in the dark, grim middle of nowhere. He dreams of being surrounded by a beautiful forest and so, using bits and bobs of old scrap and rubbish, he begins to construct a makeshift tin forest of his very own. It isn’t perfect but it’s his. Then one day a small bird flies in and lands on one of the tin trees. This triggers a magical transformation of his world as his dreams slowly come true. This is a book in which the words and pictures compliment each other perfectly.

Mr Lo told the Robins to close their eyes and listen to the following page:

There was once a place in the middle of nowhere filled with all the things that no one wanted.

Right in the middle was a small house, with small windows, that looked out onto huge piles of other people’s rubbish.

Robins then discussed what they could sense. (hear, see, feel, smell) 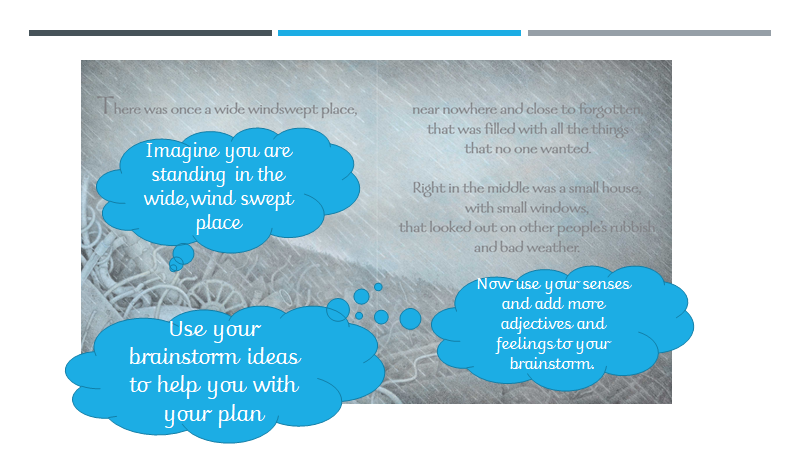 Don’t forget you can also listen to Mrs Parry read The Tin Forest below.

For Robins, every Tuesday morning is , “Talking Tuesday”. We allocate time to discuss important things that are happening in the UK and around the world. Having this time to read, watch and discuss is great opportunity for an inquiring young mind that is unbiased and provides the background to stories that children might have heard about outside of school.

Last week we looked at all kinds of news including
1. A restaurant that employs robot waiters in the UK.
2. Fires that are happening in California, USA.
3. Fears and worries pupils might have coming back to school.
4. The future of “Flying Cars”
We also read our junior news leaflet. We discussed that Marcus Rashford, the Manchester United and England footballer, has set up a group to tackle child food poverty in the UK.

Here is a video of it.
(Remember, reading the article at home counts as one of your three expected home readings! )

Most of us thought it was great that a celebrity was highlighting an important issue.
If you have time, why not research the following :

What should a healthy diet for a primary school child include?
Research what children need and suggest a full day’s sample menu, including quantities where possible.