Robins have been on a journey of discovery in D&T; finding out all about levers and catapults.

Next, they learnt about pulleys, gears and levers.

Have a look at the making process below. Skills included using materials to practise sawing, screwing, gluing and nailing materials to make and strengthen products and using scientific knowledge of the transference of forces to choose appropriate mechanisms for the catapult. 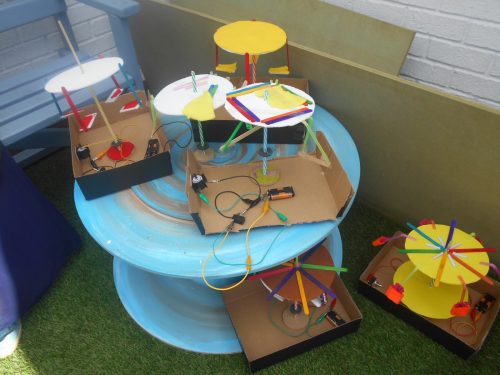 Skill: Cut materials accurately and safely by selecting appropriate tools and apply appropriate cutting and shaping techniques that include cuts within the perimeter of the material (such as slots or cut outs).

Over this half term Robins have been through the D&T Development Process.

Today, Robins developed their D&T Cookery Skill and then evaluated what they had made.

Below is a summary of the skills everyone has developed.

To make the flatbread they followed the main instructions and then finally tailored it to meet the needs of their flatbread. 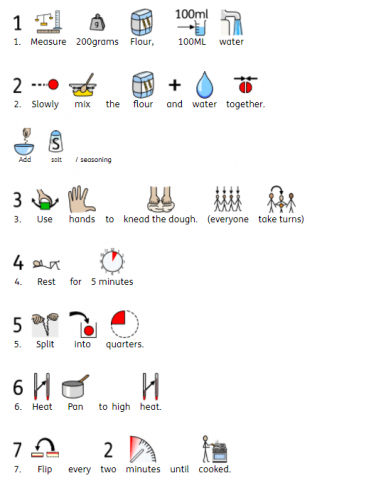 Take a look at Robins in action below! (Well done to those of you who helped wash up!)

In the afternoon, we also enjoyed tasting and evaluating.

Did you know, In around 30 BC there were more than 300 bakeries in Rome. Bread was a staple food in Ancient Rome consumed by all social classes. It was originally made of emmer, a cereal grain related to wheat, and it is only during the Empire that wheat was used to make bread!?

Later this month, Robins will be making their own Flat Breads. Today they taste tested existing products to find out more about their taste, texture, methods of cooking and the ingredients. 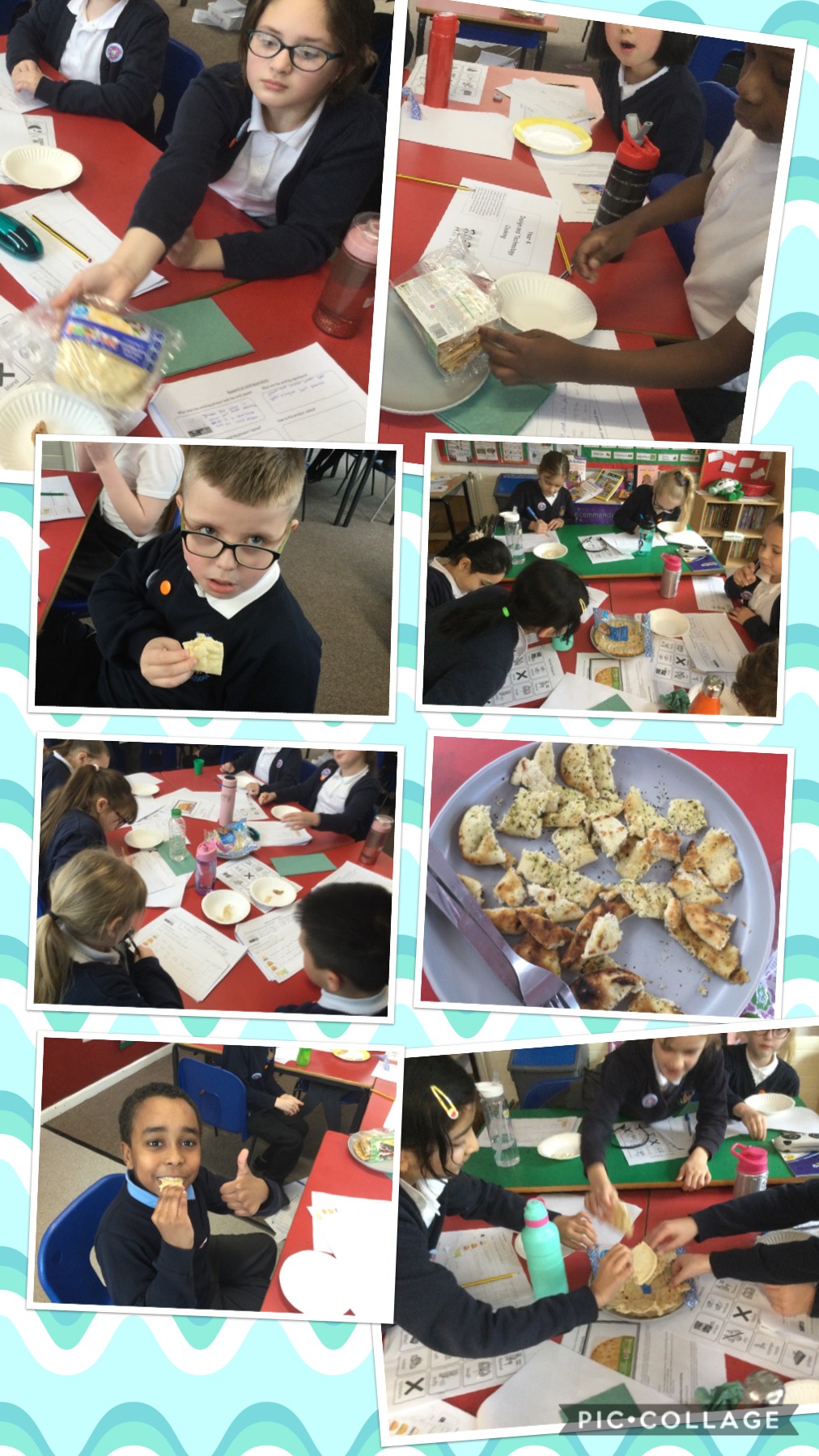 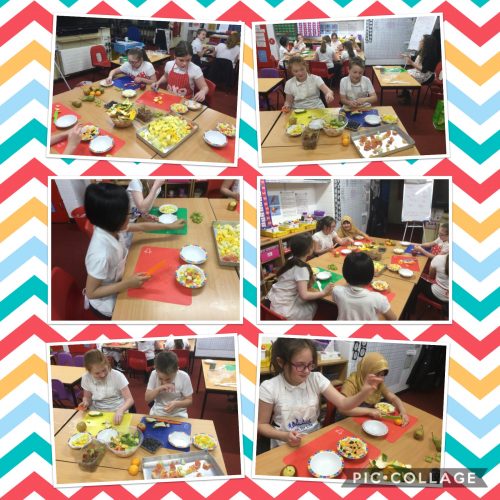 Today in DT, the Robins in Year 4 were building The Parthenon.

Previously we had already planned what we would need and how we were going to build it and why we had chosen those materials. 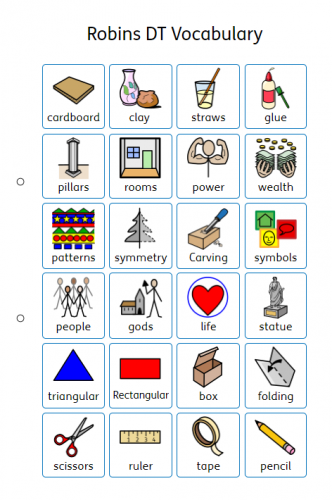 Following their plan, Robins selected their materials, some were using card board, some used a paper template, and some used clay.  When building the columns, Robins used straws, cardboard tubes, or dowel.

This involved many skills including cutting, joining and shaping correctly. Several pairs also used their rulers to accurately measure the length of their columns to ensure they were equal.  Take a look at us developing our skills below.

Working either individually, in pairs or as a team we all tried to make our  Parthenon inspired temples. It was quite difficult putting up the columns and Robins had to apply their knowledge on how to strengthen and reinforce them.

In one group Daisy C, Elleigh and Debra made the Doric columns and Andrew and Firas made the base and the roof. We all helped glue it together. 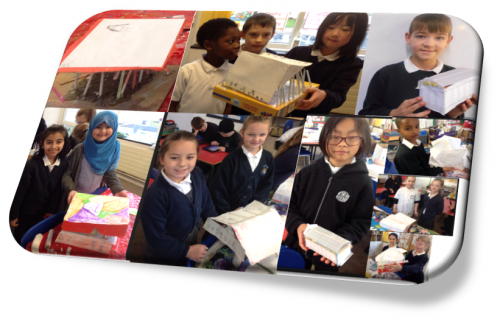 This afternoon, Robins started a new DT project. It is linked to our History topic of Ancient Greece. During Reading, we read about The Parthenon. In DT we are going to design and build our own model of The Parthenon.

We watched this video of what The Parthenon used to look like.

We watched a video of how someone else had made a model of The Parthenon.

Then we researched and annotated pictures of model Parthenon and wrote about what materials were used, how they might have been build, their special features, and what we thought of them.

We have been on a journey from Investigating –> Designing –> Making –> Evaluating.

Take a look at this short video showing an update to our funfair project.  Well done for all the hard work everyone! 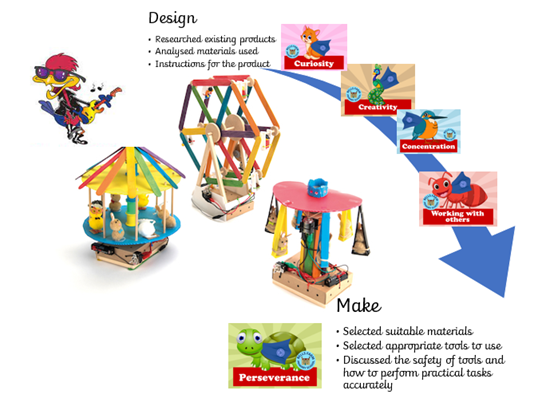 Recently Robins have continued to work on their DT Project. 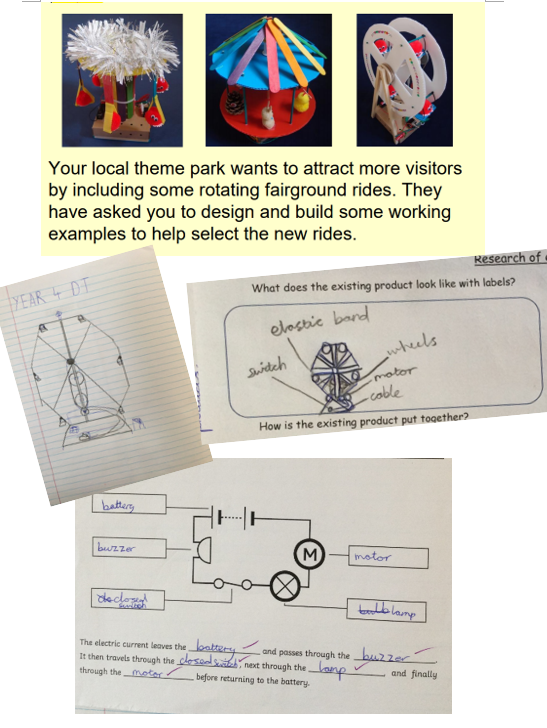 On Monday all groups successfully created the motor circuit with a switch.

Today we talked about the importance of instruction writing,  discussed the instructions and began making the pulley system.

Of course, before we began working;  we talked about the safety of using tools.

Robins were very good and were able to identify that the hazards from using a saw an a heat glue gun.

Let’s have a look at their progress.

Over the past few days Robins have learnt all about electronic circuits. In one of the lessons we looked at Motors, Buzzers, light bulbs in a series circuit with a switch.

Soon, we are going to use this new knowledge in our upcoming DT project, “Making a Funfair Ride”

Today, Robins discussed all about fun fairs.  We had some mixed responses. 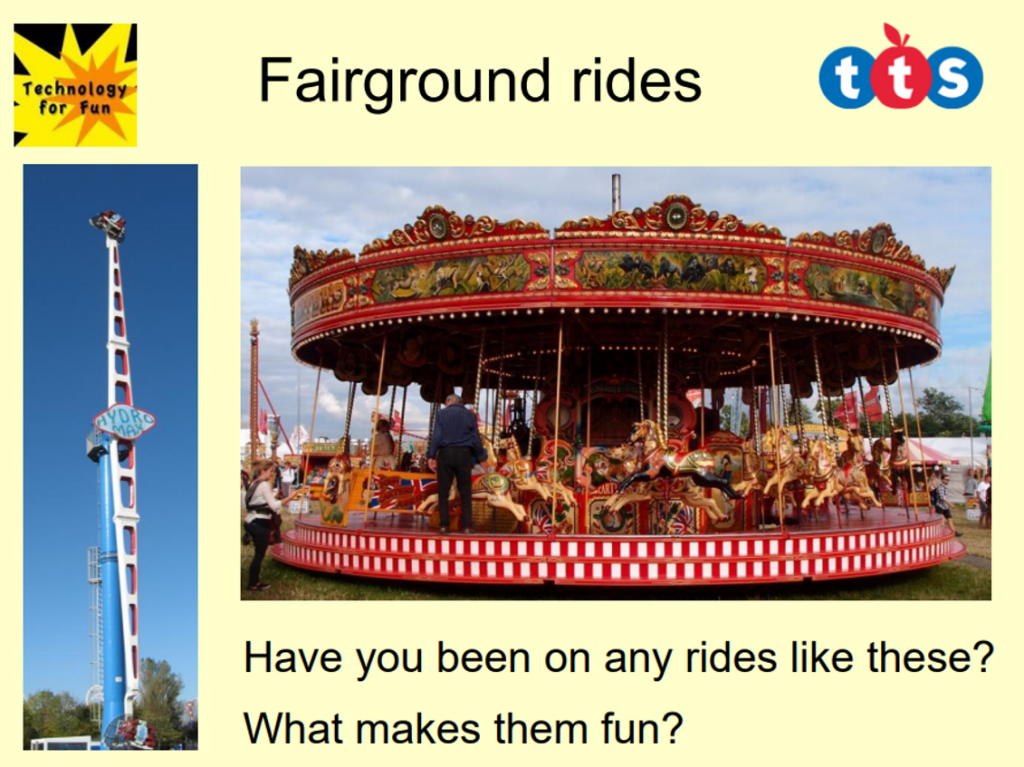 Tanatswa & Ava – They are lots of fun
Paige & Dylan  – They are eye catching.
Amaya – I went to the funfair yesterday. It was lots of fun.
Seth – I don’t like them. They make me uncomfortable.

We looked at photo’s of different rides and discussed the following: 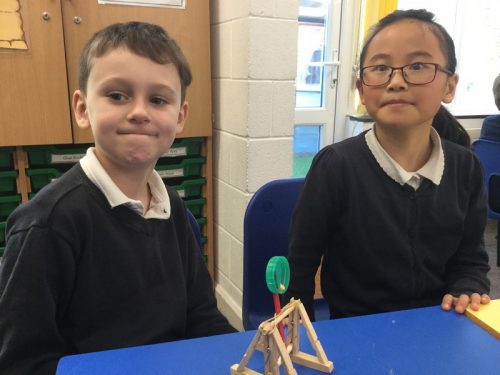 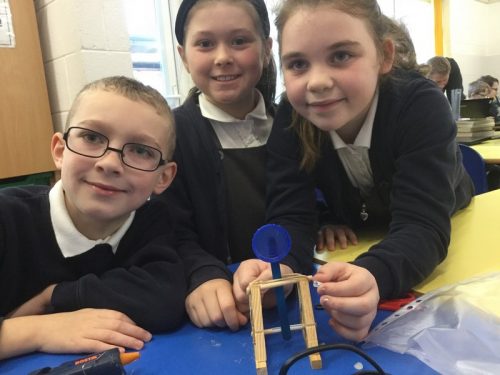 They spent some time last week making the essential preparations when they measured and cut all the parts (pegs, dowels and batons).

Today each group used a glue gun to stick all the parts together. They had to work well, as a group, to hold the parts in place, making sure that the hot glue stayed away from their fingers!

The results were amazing . Using a bottle top, they could place some “ammunition” in it and launch it. Some went really far.

A special well done to Tyler who came and helped year 4 and then made his own catapult from start to finish.