As this week, our school is taking part in Safer Internet Week, Layla-Rose has produced this wonderful internet safety poster with some useful tips on staying safe. 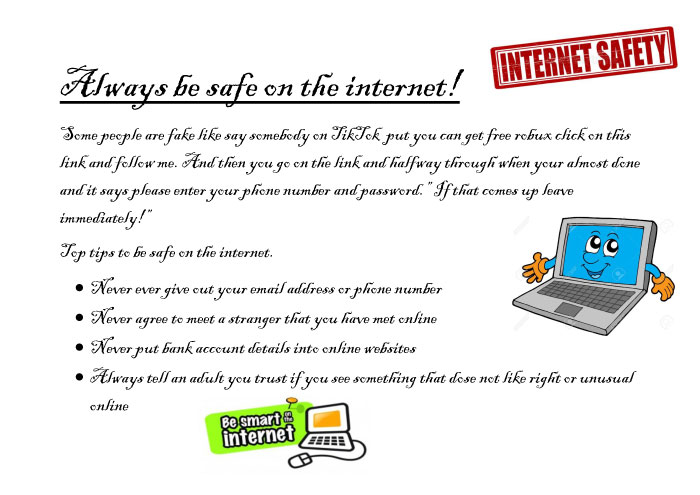 As part of the Anti-Bullying week Robins have refreshed themselves on the importance of safety online and how posting things online can influence someones reputation.

To further apply their knowledge, Robins had a go at doing their own research using a safe online search engine. They researched a celebrity of their choice and made their own fact files.

Finally as an extension, pupils were allowed to visit the BBC Bitesize website to learn more about teeth! (Our Science Focus) 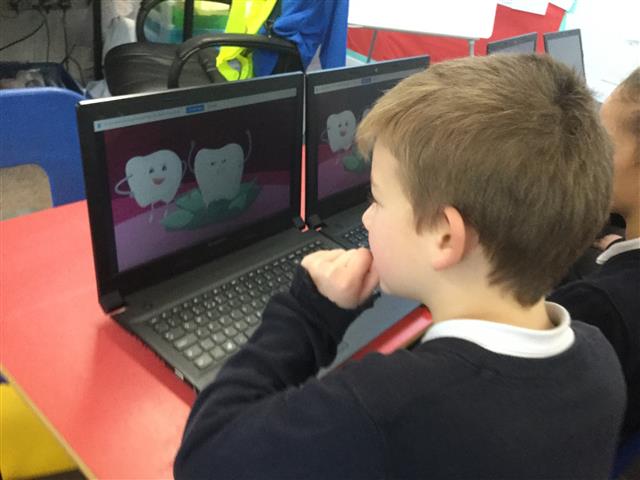 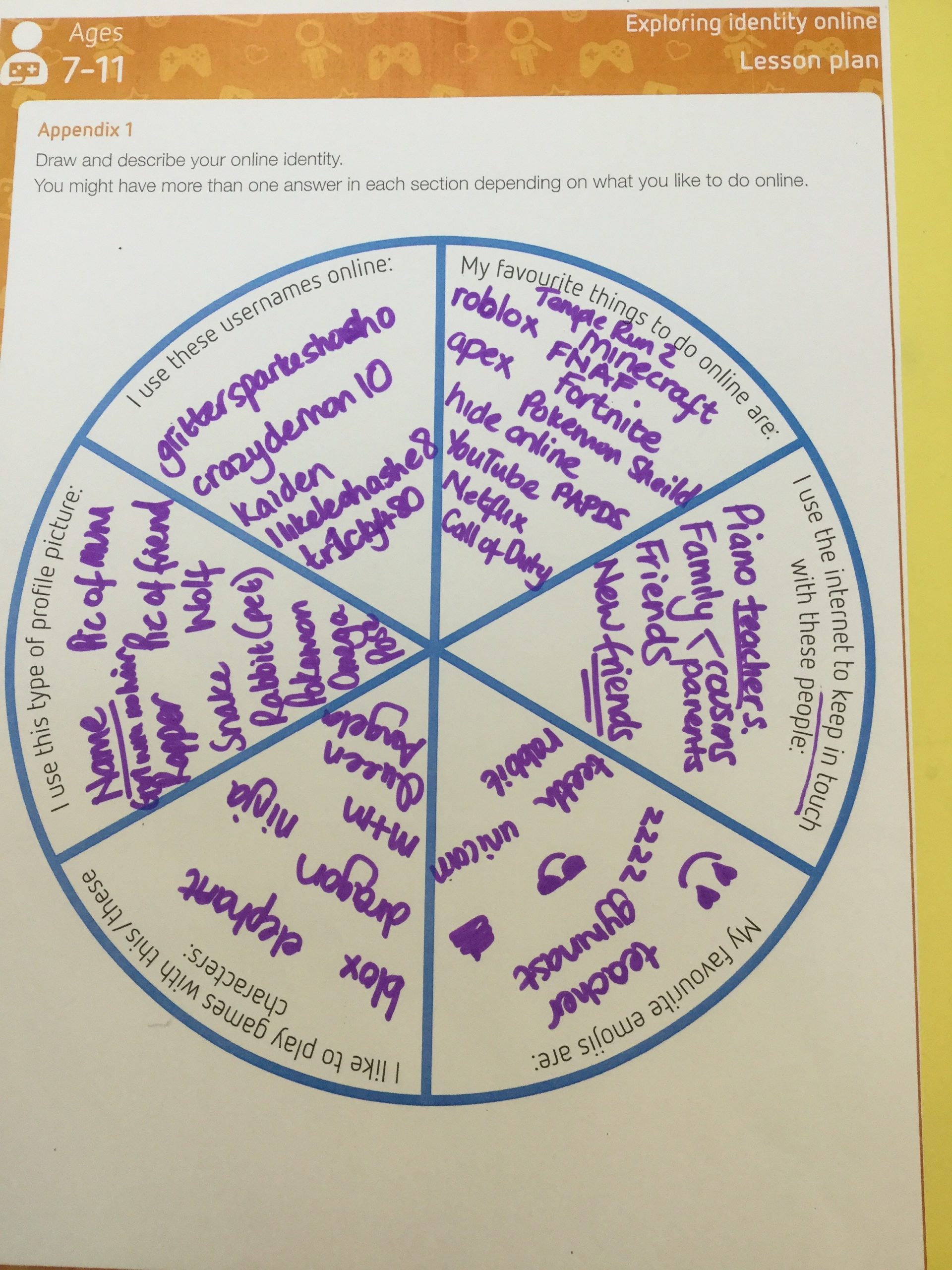 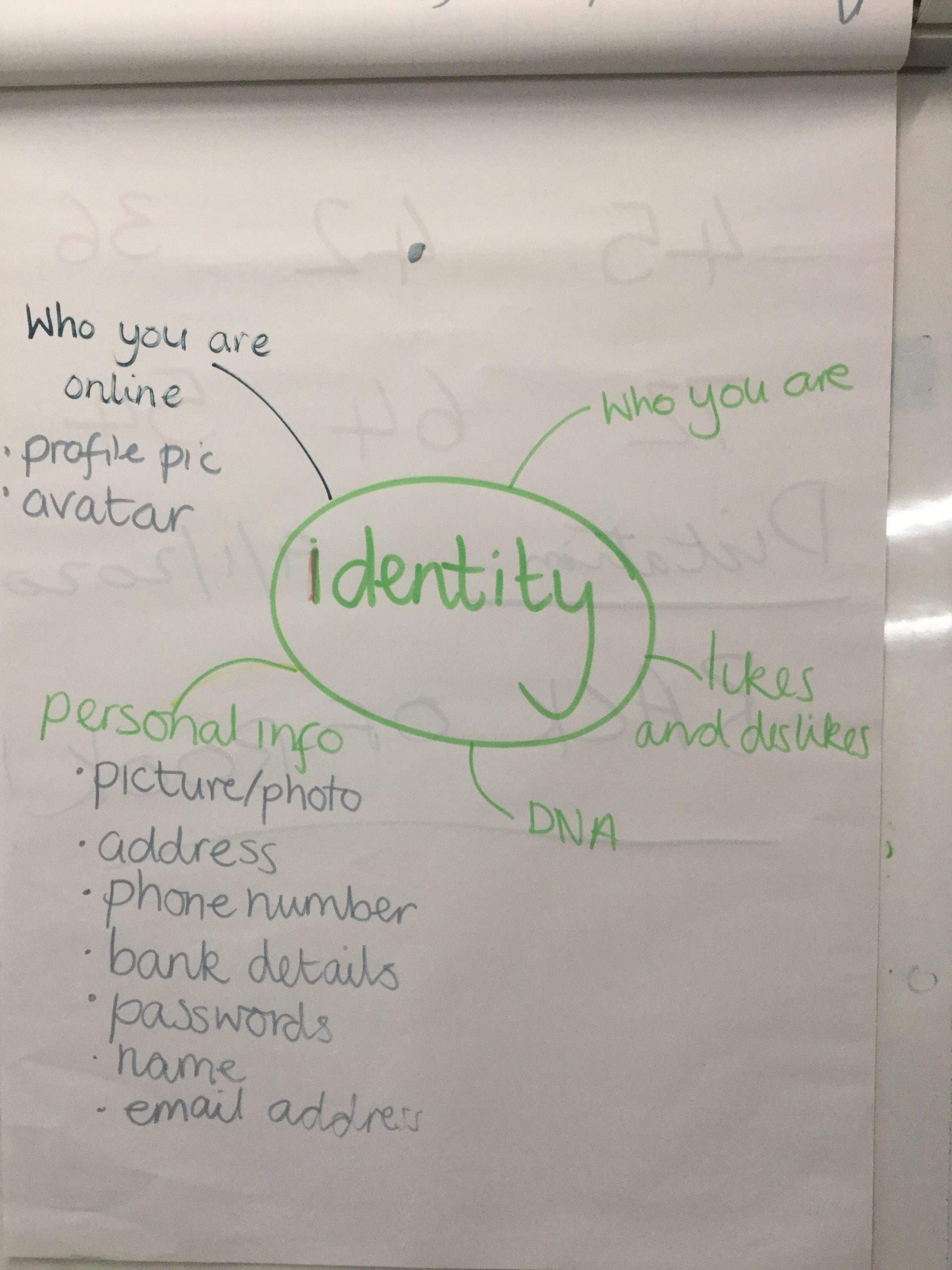 As part of Safer Internet Week, Year 4 Robins did a wheel to represent what we all do online (notes on picture below.)

Then we talked about identity. Here are some of the notes put into a sentences.

Your identity is who you are online and in the real world.

► Your identity can be your name, hobbies and even personal information.
► Identity is really important and it can affect you, your mind and actions.
► Your DNA is important because it controls you and helps you with your life. 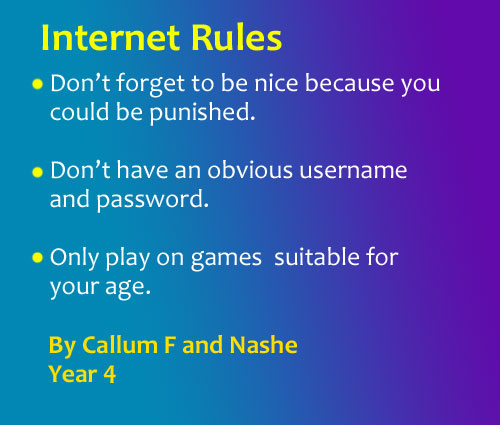 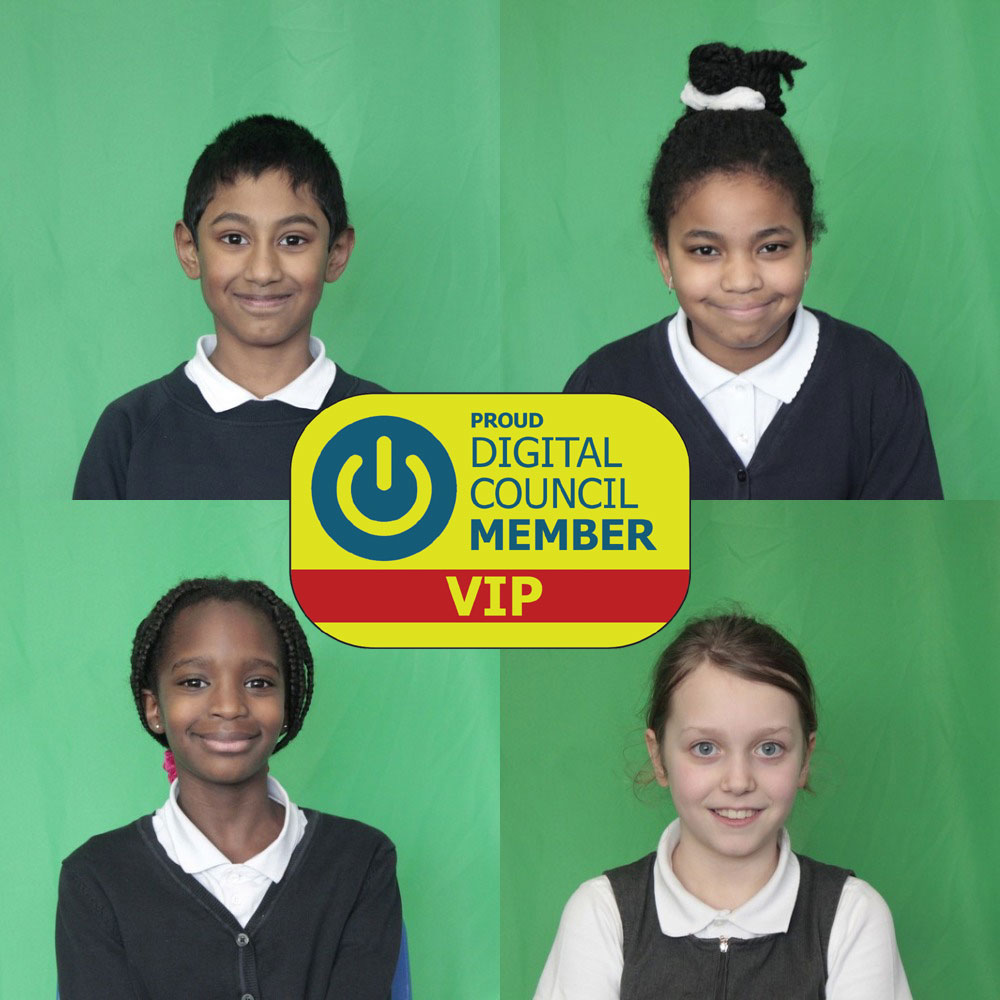 Year 4 children Esmay, Moharnab, Shona and Nyeema have all successfully passed their application process to be selected new members of the Digital Council – the school’s online safety group.

The process involved an application form submission and an interview with Mr Baddhan, Ms Hughes (Chair of Governor / Safeguarding) and Mr Evans.

Mr Baddhan was delighted to select the four children who all showed fantastic enthusiasm and willingness to improve the good work of the Digital Council to keep children safe at Bells Farm. 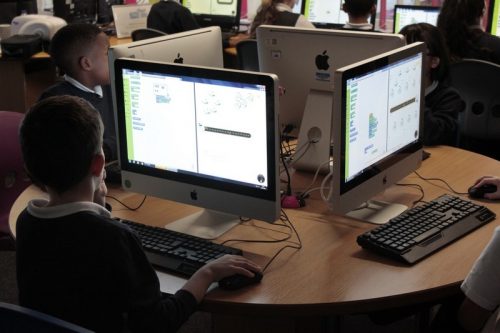 Year 4 Robins have today been continuing their understanding of programming by building algorithms with variables and If, Do, Else statements.

The children use a website called ‘Code for Life’ to program a van to drive on a road but wait at traffic lights if the red light appears and move forward if the traffic light is showing green.

Robins were asked to use the least amount of blocks as possible to ensure they get a higher score at the end of the challenge. Some children impressed with Mr Baddhan with their debugging and programming skills.

In the last couple of lessons, Year 4 Robins have been getting more familar with programming using Kodu – a 3D game developing platform.

The children were asked to explore the program and see if they could insert a Rover to move around and collect coins. The coins should vanish once the Rover bumps into them. Points should also be awarded when each coin is collected.

Children were asked to add an apple to their games to take off points when the Rover bumps into them. 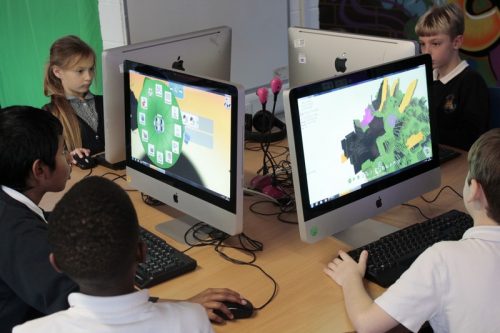 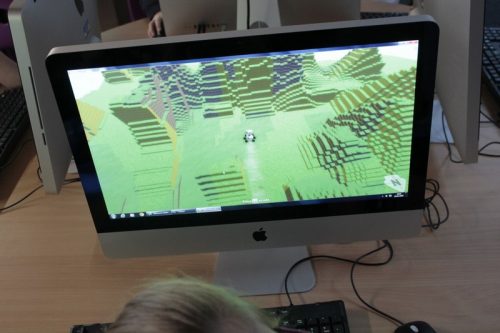 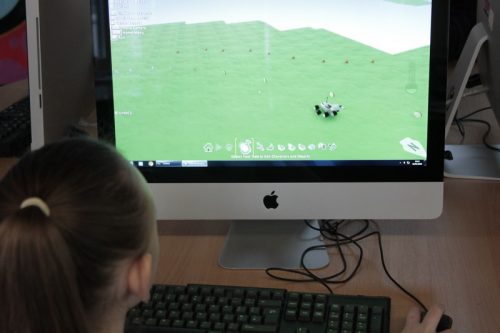 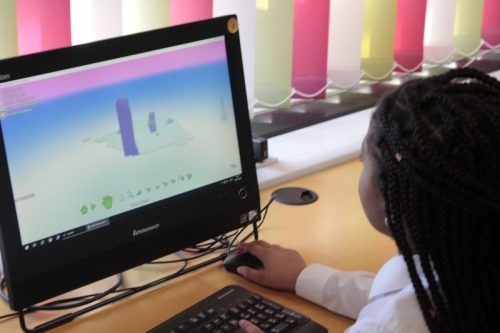 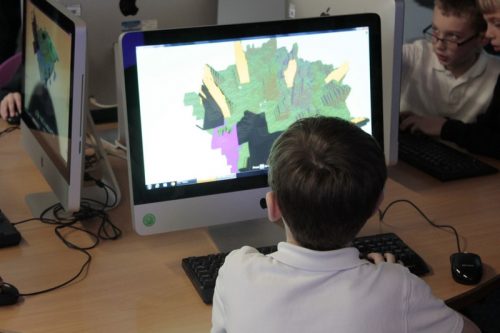 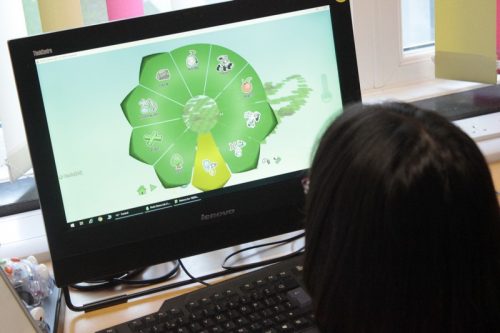 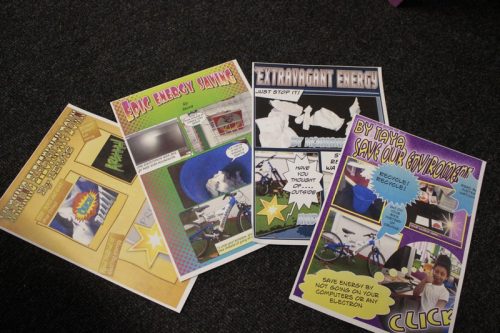 Year 4 Robins have been learning about features of a comic strip. They said the following features were important; design, colour, short snappy titles, speech bubbles, thinking bubbles and key characters.

Robins then created a comic strip based on their PSHE lesson of climate change and being environmentally friendly.

The children suggested the following facts could be included in their strips:

The app children used was Comic Life on the iPads. 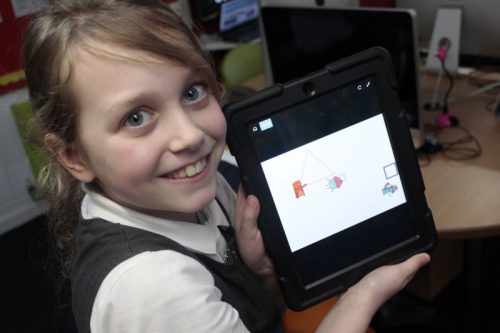 During Computing with Mr Baddhan today, Robins used an iPad app called Hopscotch, where they learned how to program characters to perform an action using instruction blocks.

Mr Baddhan asked the children to build a code to create three shapes; a square, rectangle and a triangle.

The triangle was the most challenging shapre to create however some of the children guessed the angle required for a triangle was 120 degrees repeated three times. 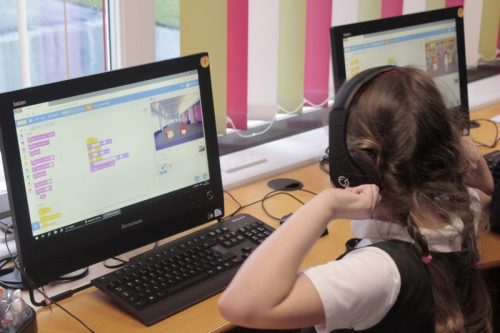 Year 4 Robins have been programming their sprites to tell each other Knock Knock jokes in Scratch. The children added two sprites and then added a backdrop.

Robins also once again used the coordinates block – learning about the x and y axis of their sprites and program them to start at a specific position on the screen.

They then used the say and wait blocks to pause between the say block conversation.

See some examples of their work below. 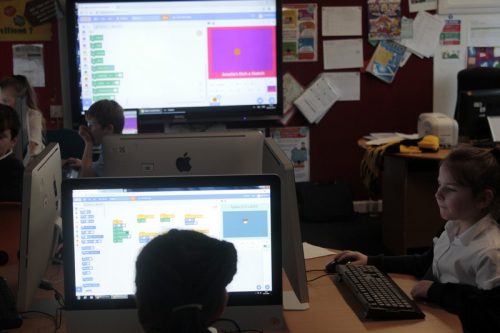 In the past couple of lessons, Year 4 Robins have been attempting to create an Etch a Sketch game. They were shown how to program their chosen sprites to use the pen up and down blocks.

Some children were then able to press different keys to change the pen colour and also change the backdrop. Some children even managed to add an instruction backdrop before the game loaded.

Here are some of their finished games.